Mosadi scripted and directed by debutant director K. Jegadeshan speaks about how black money was converted in to legal currency during the night of November 2016 when demonetization was rolled out in the country. It also depicts the power and influence behind the illegal currency exchange. The director has blended the illegal currency exchange with heist sequences to make it an interesting watch. The flick at many occasions reminds us of the cinematographer Natraj starrer Sathuranga Vettai that hit the screens under the directorial of film maker H. Vinoth. 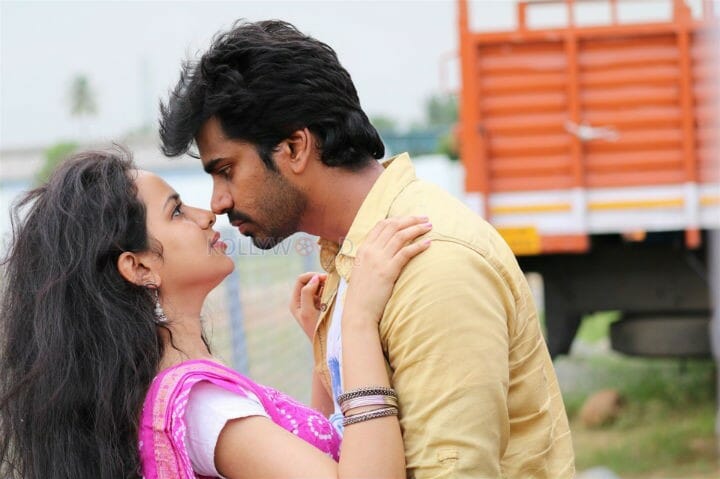 Viju Ayyappasamy, and his gang of friends plot and employ diverse techniques to deceive many innocent peoples with their greed to make some quick money. They work with a target to swindle 100 crores in a short span of 30 days. They have a reason for their action. Their activities come to the attention of the cops in the city and now they are after them to nab them at any cost. With cops on the run for them, the gang still continues to cheat people. When the gang nears their target of 100 crores the cops nab them. This makes the first half of the film. Multiple heist sequences in the flick bring in the strong resemblance of Sathuranga Vettai.

In the second half we are opened to a flash back. Into the movie, during the interrogation under the police custody, Viju narrates the reason for why they were after quick money. When demonetization was rolled out at the mid night of November 2016 a minister (Vijayan) hands over the responsibility of converting his 100 crores – that are in 500s and 1000s denominations in to 2000 denominations – to Viju. He also asks Viju to keep the money with him for some time after converting them to new currencies. Unfortunately, the money goes missing when it is under the custody of Viju and things go awry. The minister learns about the missing money and along with his brother abducts Viju’s wife (Pallavi Dora) and keeps her under their custody. He sets a deadline of 30 days to Viju, within which he should return his money or he will not be able to see his wife again. Left in a helpless state, Viju jumps to devious ways to amass the money that he has to pay for his wife’s redemption. Did he manage to pay the money and free his wife, is what makes the crux of the story.

Actor Viju Ayyappasamy dons multiple looks for the film but delivers a below average performance which heavily reflects on screen and makes even interesting scenes ordinary. Actress Pallavi Dora has only less scope in the script but tries hard to give the best she can. Vijayan in the antagonist role is convincing and probably the only actor in the flick who has given a decent performance. Camera work by R. Manikandan and background score by H Shajahan adds nothing to the heist drama, instead adds to the weight that sinks the film.

K Jegadeshan, has come up with a decent plot that had the capability to become a decent heist entertainer of Tamil cinema. But his writing, sloppy screenplay, and preachy dialogues, makes it difficult to sit through the film. Though the film attempts to speak of the harmful and depressing elements in the society in recent times, the lackluster screenplay and film making ruins a good script.

On the whole, weak screenplay, poor execution, unimpressive performances from the artists, and too many staged scenes have sunk what would have been a good heist entertainer of Tamil cinema.