It is a well-known news that ace film maker Mani Ratnam is busy with the casting work of his dream project Ponniyin Selvan, which is almost done and the director is gearing up to bring the film to floors. The director is currently basking in the triumph of his last multi starrer flick Chekka Chivantha Vaanam which hit the screens with actors Vijay Sethupathi, Arun Vijay, Aravind Swami, Jyothika, Aditi Rao, Prakash Raj, and Simbu. Now, while the maverick filmmaker is busy with his pre-production works for his next project, his next production venture has gone on floors. 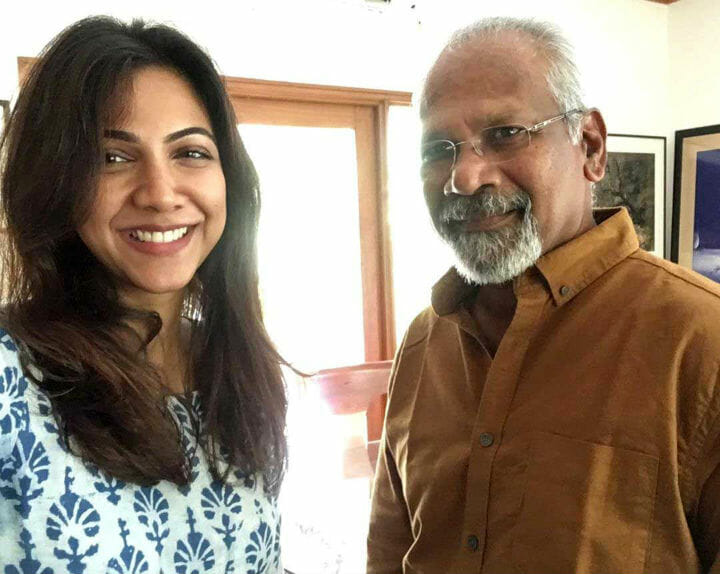 Last month, we had reported that Mani Ratnam’s Madras Talkies will be bankrolling a project titled as Vaanam Kottatum and that the venture will go on floors by the mid of July. Like we had reported the movie has now gone on floors. The production house has announced the news officially on social media. Taking to their official twitter page, Madras Talkies production house has twitted, ‘As the skies roar, we begin Vaanam Kottattum!’ The script for the romance drama has been co-written by Mani Ratnam along with his associate director Dhanasekharan who will also be directing the film. It is said that Mani Ratnam was supposed to be directed the romance drama but due to his commitment to his ambitious project Ponniyin Selvan, he decided to offer the script to his erstwhile assistant who has completely molded the script and has given his finishing touch. We will have to wait to see whether Dhanasekharan manages to create the magic that auteur Mani Ratnam creates in all of his movies.

Actor Vikram Prabhu will be seen in the lead role while actress Madonna Sebastian will be playing his love interest in the entertainer. Aishwarya Rajesh is set to essay the role of Vikram Prabhu’s sister. The interesting casting of the film is the real life couple Sarath Kumar and Radhika Sarath Kumar who have been brought on board for the project and they are said to play important roles in the entertainer. This definitely is an amazing news as the pair will be seen together on screen nearly after 20 long years. Actors Shanthnu and Amitash Pradhan of Velaiyilla Pattathari fame have also been roped in for the flick.

Initially music director Govind Vasantha of 96 fame was signed to take care of the musical department but due to unknown reasons he has been replaced by vibrant singer Sid Sriram who will be turning musician for the venture. The cinematography department has been handed over to Preetha Jayaraman of Abhiyum Naanum fame.

On the work front, director Mani Ratnam is very busy with the pre-production works of his ambitious historical fantasy film Ponniyin Selvan and is very determined to start rolling the cameras for the film as soon as possible as it has stayed in his shelves for a long time now.

On the other hand, actor Vikram Prabhu will next be seen on screens in the action entertainer Asura Guru while Aishwarya Rajesh is busy shooting for her Mei and Madonna Sebastian is busy with Kombu Vatcha Singamda.