Director Seenu Ramasamy’s movies are usually set in a village backdrop with stereotypical characters and focuses more about human relationships and values. After ’Dharma Durai’, his recent movie ‘Kanne Kalaimaane’ also comes under this category.

The movie proves that good backdrop and acting by pivotal actors just doesn’t make a film entertaining, as the base story and visuals is old fashioned and moves in a slow pace, testing the patience level. At the end of the film, we may wonder why Udhayanidhi Stalin accepted to do this movie where he has nothing much to do. 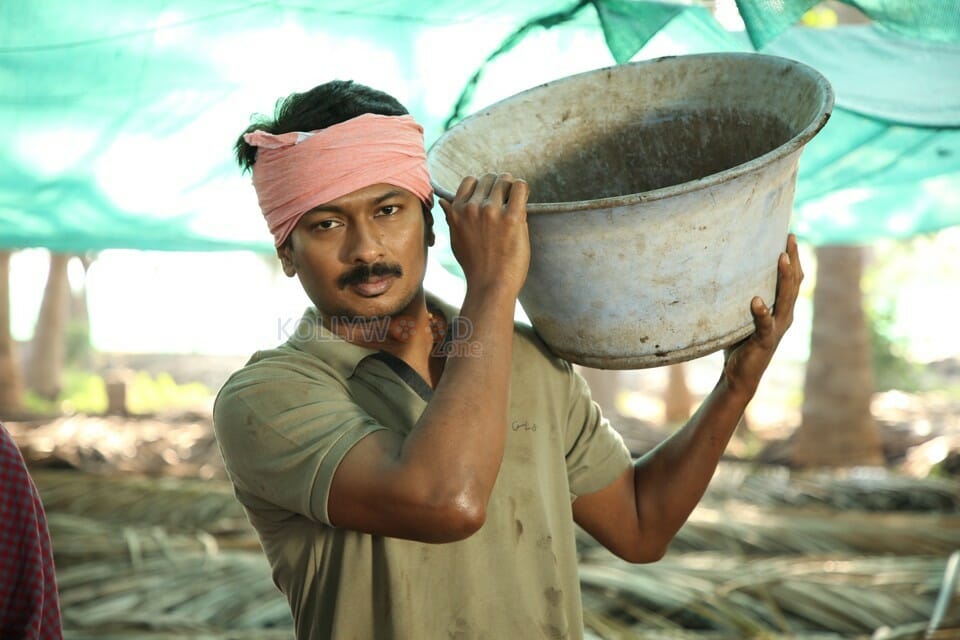 Kamala Kannan (Udhayanidhi Stalin) is an agriculture graduate, who hails from an affluent family in the village of Solavandhan. He is basically a good-hearted person who supports organic farming in his hamlet and he also helps the villagers to become successful by helping them to get loans from a local bank. The bank gets an honest and young manager Bharathi (Tamanna). From a young age, Kamala Kannan has never challenged his grandmother (Vadivukkarasi) and father (‘Poo’ Ram). But that changes after he falls in love with Bharathi. He is impressed by her character, beauty, headstrong nature, and sincerity. This creates a trouble in his family. But the movie is not just about the problems in Kamala Kannan’s family, there is an interesting twist and emotional climax which you can only know by watching the movie in the theatre.

‘Kanne Kalaimaane’ is the perfect depiction of today’s hamlets and how families are slowly changing to adapt the empowerment of women, who are multitasking with a job and taking care of their family. ‘Kanne Kalaimaane’ is caters to rural audiences and will definitely change people’s views on present day working women. The sequence where Kamala Kannan’s father says how his mother misinterprets his educated daughter-in-law is an eye-opener to our society.

The movie also shows how present day educated young men treat their spouses and those who are still living in the dark age can learn something from Udhayanidhi Stalin’s character. There are many good moments in the second half of the flick like the sequence where ‘Poo’ Ram appreciates Tamanna’s ‘rasam’.

Tamanna has shed her glamorous look and instead gone for a simple village girl look. She not only looks only in cotton sarees and high neck collared blouses, her acting is terrific that is both intense and charismatic. Udhayanidhi Stalin is the perfect choice as Kamala Kannan but his character is often overshadowed by the remaining actors. ‘Poo’ Ram and Vadivukarasi has also given excellent performances. The only disadvantage is that the story lacks depth, moves in a snail pace and has documentary vibes with preachy dialogues about bank loans, farming, and NEET exams.

The ‘Vaa Vella Rasaathi’ track composed by Yuvan Shankar Raja is the heart of the film and clearly conveys the complete story and hidden message of the flick. The other songs also boost the emotional component of the movie and the background music is good. Even with a total run time of 128 minutes, the movie was very slow.

On the whole, ‘Kanne Kalaimaane’ is an exceedingly slow and shaky ride, which tires you out by the time it reaches the climax!