Jiiva is right now on an acting spree. After ‘Pokkiri Raja’ he focuses on the movie titled ‘Kavalai Vendam’. It is an upcoming Tamil comedy film directed by Deekay. He earlier made his debut with the successful movie ‘Yaamiruka Bayame’. The movie features Jiiva, Bobby Simha, Kajal Aggarwal in lead roles. 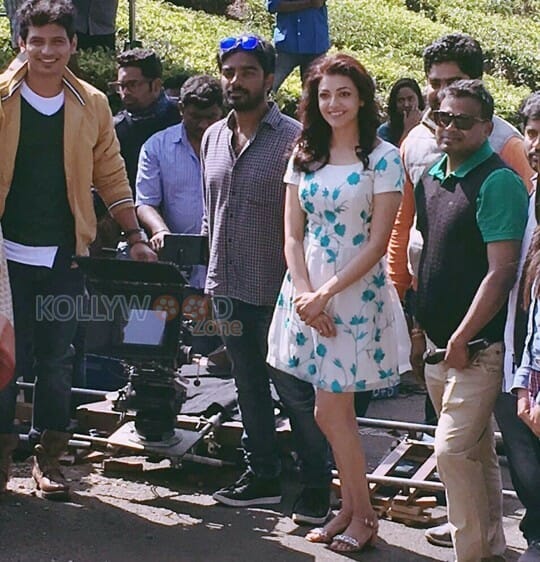 Jiiva is essaying role of a Chef. Despite the initial photo shoots featuring the lead actors, the project never took off as Keerthi Suresh stepped out. Later Kajal Aggarwal replaced her officially. The movie is all about romance, relationships and break ups. The first schedule kick-started at Coonoor yesterday. Kajal Aggarwal and Jiiva were spotted together.

The movie is produced by Elred Kumar under RS Infotainment banner. Technical team includes Leon James for music for this film and cinematography is taken care by K.V.Anand’s assistant Abhinathan.