Actor Vikram who has been churning out back to back flop movies is back with a bang with a genre that suits him the best. The actor as the trailer promised looks modish and callous in the flick. The director and his team’s desire to attain Hollywood standards have been partially accomplished. The badass polished character of KK seems like a tailor made suit for Vikram which is certainly going to be the talk of the town at least for some time. 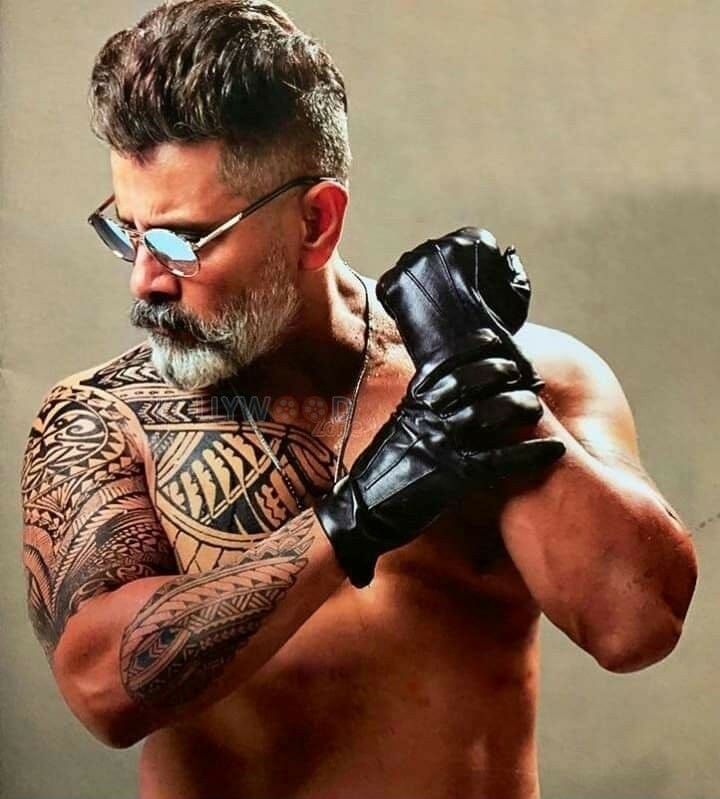 The film opens with fatally wounded KK (Vikram) on the run after escaping from Petronas Twin Towers being hunted by highly armed men. Later, we get to know that KK is a sought after criminal in Malaysia. He escapes from the men who are after him after meeting with an unexpected road accident. He is taken to a nearby hospital in an unconscious state by a doctor Vasu (Abi Hassan) who has just moved to the country along with his pregnant wife Aathira (Akshara Hassan). In the hospital KK is treated by Vasu who then informs the police officials about the incident. Couple of cops arrives at the hospital and leaves with the finger prints of KK. After finishing his duty Vasu returns home and while he is proudly recounting the daring deeds that he has done on the day to his wife, their happens a house invasion lead by KK’s brother Nandha (Siddhartha). He abducts Vasu’s pregnant wife and threatens Vasu to break out his brother KK from hospital if he wants to see is wife alive again.

Meanwhile, the cops who took the figure prints of KK inform Kalpana (Lena) their chief that the injured patient is KK. In the mean time, Vasu manages to bail out KK out of the hospital after tedious efforts. KK then connects with his brother Nandha and tells him to bring Vasu’s wife to a metro station to give her back to Vasu as promised. But things does not go as planned as men who was after him enters the scene. So KK and Vasu are forced to flee the area without properly meeting Nandha and Aathira. KK takes Vasu to one of his hideouts and gets his stitches fixed properly. In the meantime, Vasu learns that KK was set up by a corrupt cop and a gluttonous gangster who wants KK dead as he has learned their secret. Who is KK, is he a police official, double agent, a criminal mastermind, and why is he being hunted down, is what makes the rest of the film.

Actor Vikram shoulders the film effortlessness with his terrific performance. It is the actor’s ability to depict the role of KK without blemish and in a modish way that has elevated the film to a different standard. Just his presence in the frame makes it more captivating and his baritone voice, flamboyant walk and in short his swag has turned out to be a big plus for the action thriller which otherwise might have been an ordinary thriller. The actor has put to use the advantage of his star power to its full use.

The work of musician Ghibran demands a special mention as his scores are uplifting. All technical departments including Srinivas R. Gutha’s cinematography and Praveen K. L’s editing are on top standards.

Director Rajesh M Selva who made his debut with Thoongavanam, remake of French film Sleepless Night has once again opted to remake a French A Bout Portant which was remade in to Hollywood under the title Point Blank. Similar to Thoongavanam, even in Kadaram Kondan the problem lies with the film making and execution pattern. The story teller has of course made changes to the drama out of which some has worked positively while many paves way to question the logic of the scene.

On the whole, actor Vikram shoulders the film while the technicians of the unit add strength to the actor’s shoulders. Kadaram Kondan is a good action thriller but for the fans of the actor it is just what they wanted from the star.