Actress Jyothika had a great weekend last week with her family in New Delhi as she witnessed her son outdo 40 plus contestants from Tamil Nadu to win the National Level Karate championship. The couple who put aside all their work to attend their son’s sport event is back to work now. Actor Suriya has rejoined the sets of Sorarai Pottri which is directed by Irudhi Suttru fame director Sudha Kongara. Now actress Jyothika’s first look of her film titled as Jackpot with Revathi is out now. 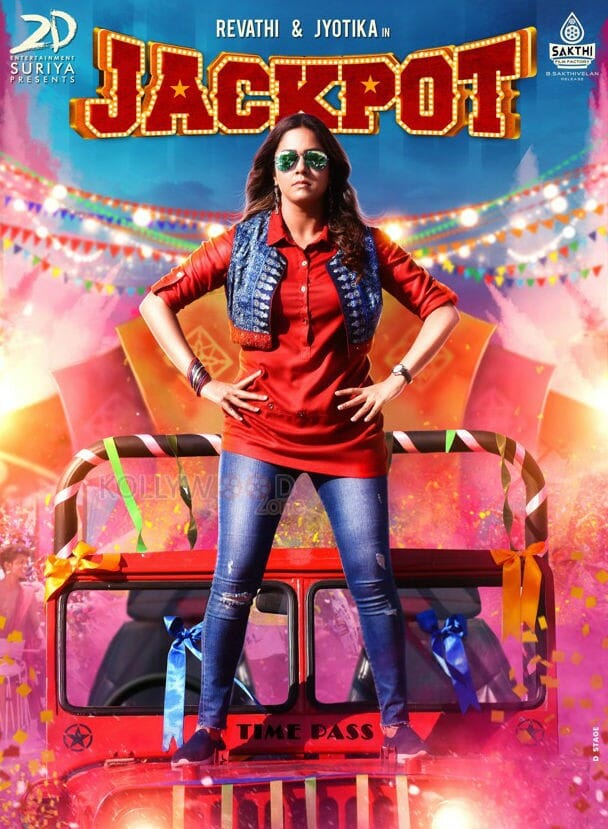 Ever since the actress made her comeback to the film industry through her film 36 Vayadhinilae the actress has opted to don some challenging as well as powerful women centric roles. Especially her role as Nachiyaar in director Bala’s film Nachiyaar earned her a lot of appreciation among the critics as well as the audience. Recently, the actress wrapped up the shooting of her film directed by Gulebagavali fame director Kalyaan. Now the first look of the film along with the title is shared on the internet by the production house.

In the first look shared by the production house, actresses Jyothika and Revathi are seen in the police uniform. The poster is shared with the caption ‘Get ready for an action packed fun ride.’ Besides actresses Jyothika and Revathi the film has comedy sensation Yogi Babu, veteran Anandaraj and Mansoor Ali Khan. The film is currently thriving vigorously in the post production stage and is expected to hit the screens soon. The film is bankrolled by actress Jyothika’s husband and actor Suriya under his banner 2D Entertainment.

The cinematography for the film is done by Ananda Kumar while the film is trimmed by Editor Vijay Velukutty. Music director Vishal Chandrasekar has been roped in to compose the music for the film. On the last day of the shoot which was on roll in Binny mills, actor Suriya gave a pleasant surprise to the team by paying a visit to the set. A snap clicked during the visit of the actor with the whole team behind actors Suriya, Jyothika and Revathi went viral on the internet. The background appeared as a festival set up developed for a song sequence as dance master Brinda was on the spot. 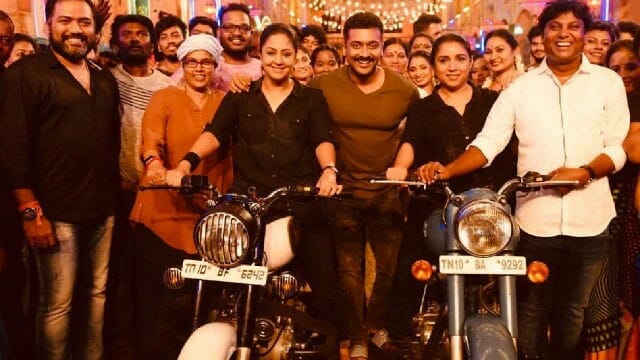