Actress Jyothika is currently basking in the success of her action comedy entertainer Jackpot in which she has shared the screen space with veteran actress Revathy. Though the film opened up to mixed reviews, reports suggest that the entertainer has performed well commercially. The spectacular show that the two ladies put on in the flick is being loved by the audience. In the meantime, the actress has already moved on to her next film and is currently busy shooting for Ponmagal Vandhaal under the directorial of debutant story teller J. J. Fredrick. Now, we have an important update on the actress’s next project. 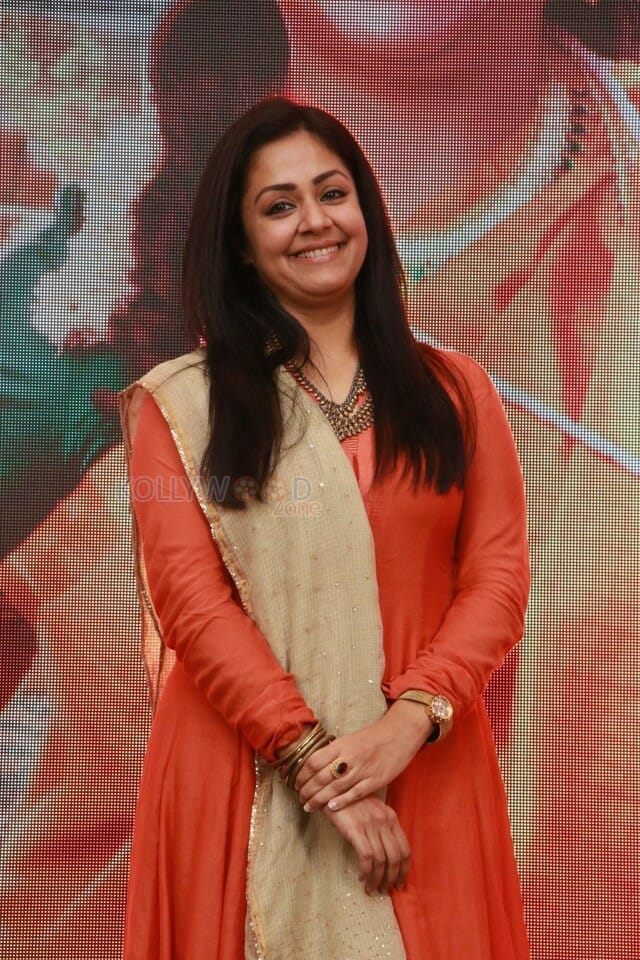 The actress recently inked her signature for a yet to be titled flick which is set to be directed by Era Saravanan of Kathukutti fame. Now we have reports coming in that actor Sasi Kumar has been brought on board for the movie. While there are news out in the K town that the actor will be paired up with the actress our sources say otherwise. According to a source close to the story teller, “After Jyothika, Sasi Kumar has been roped in for the film. The actor will not be playing the romantic pair of the actress but instead will be playing her sibling. An official announcement regarding the same will be made soon.” This sure is going to be an interesting movie and it is yet to be known who will be playing the romantic pair of the actress in the drama. The actress is already playing the role of a sibling of her real life brother in law actor Karthi in an untitled venture.

It is said that the drama might focus on the relationship of siblings. As of now actors Jyothika and Sasi Kumar are the confirmed artists on board. The rest of the cast and crew that will be working in the movie are expected to be announced soon. Guess we will have to wait for a little more time to know more details about the project. Actress Jyothika is fresh from the recent success that she tasted in Jackpot. But actor Sasi Kumar is in need of a hit entertainer under his name to come to the winning ways and reinstate his market in the industry. We will have to wait to see whether the winning ways of Jyothika helps actor Sasi Kumar to regain his spot of marketable hero again.

On the professional front, actress Jyothika who is currently busy shooting for the first schedule of Ponmagal Vandhaal in Ooty will soon resume shooting for her untitled flick under the directorial of story teller Jeethu Joseph. On the other hand, actor Sasi Kumar is busy even in spite of being in the down phase of his career with numerous dramas in his Kitty. The actor is gearing up for the release of his sport entertainer Kennedy Club. Recently the trailer of film hit the social media and has enjoyed a good reception. Besides this, the actor has Nadodigal 2 in the post production stage, and Kombu Vecha Singamda, Na Na and many other projects in his pipeline.

Harish Kalyan recalls His Childhood Memories With An...

I will act with Siva Kartikeyan again :...

Amala Paul shows off some serious and hot...