Not often in Tamil cinema we have lead character of a flick that represent Muslim community. In times like this when the political heat is simmering intensely in electoral politics merely for the purpose of vote polarization, every voice and act that calls for secularism is noble. Director Manu Anand seeks to inscribe his voice with his drama FIR. Actor Vishnu Vishal has been in a rough patch for some time now and is looking to bang a commercial success to regain his bankable hero image. The actor who was last seen in Kaadan is back on screens with his latest drama FIR. Director Manu Anand has helmed the drama in which film maker Gautham Vasudev Menon essays a significant role. So, how has the film come out? Will it give actor Vishnu Vishal the much needed break that he is after? To know that let us get in to the movie review. 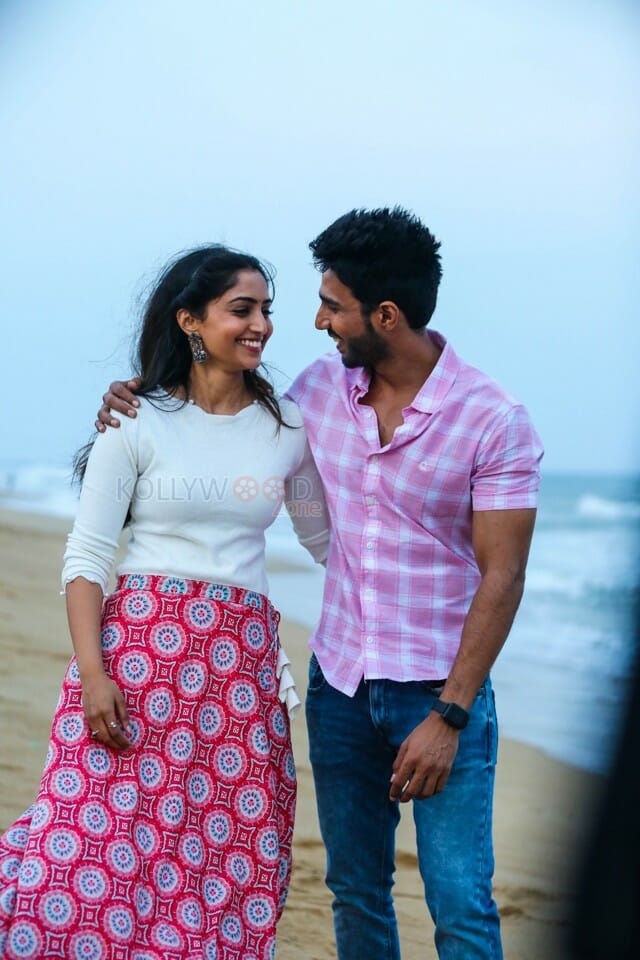 The film follows the life of Irfan Ahmed (Vishnu Vishal), a gold medalist in chemical engineering from IIT Madras. He leads a normal life with his constable mother (Maala Parvathy) in Triplicane. He is employed in a small firm, and is actively seeking to level up his career. He is disappointed that he has to bear consequences of his religious identity. He feels it reflects even in his interviews. He is in a long distant relationship with Archana (Reba Monica John). Everything seems to go on a dull routine. Until an information about the presence of the most wanted terrorist Abu Bakkar Abdullah in Chennai, is passed on to the National Intelligence Agency (NIA). On top of it, they are alarmed of a possible attack in India and Sri Lanka. The NIA chief advisor Ajay Dewan (Gautham Vasudev Menon), sends down a team to track and apprehend him before he causes destructions.

The team initiates their investigation. They zero in on Zazi Manzul, an imam who leads to Irfan Ahmed. On a misperception NIA comes to believe Irfan Ahmed is Abu Bakkar Abdullah. He is taken under custody. Prarthana Raman (Manjima Mohan), a lawyer and Irfan Ahmed’s close friend comes to fight the case on his behalf. Irfan Ahmed is kept in custody under the watch of Anisha Qureshi (Raiza Wilson), a NIA officer. He escapes from her watch. She jeopardizes her life to capture him again. Who is Irfan Ahmed really, is he really whom the NIA thinks he is, why did Irfan Ahmed attempt to escape, and if he is innocent will he be able to prove his innocence, is what makes the rest of the flick.

Director Manu Anand certainly has his heart in the right place. And to be fair, he has made efforts to sell his intention with efficacy. Unfortunately, he falls short, at times even in his efforts in building his script. If you dissect FIR and see it as a collection of short clips you would find it interesting mainly cause of two reasons, genuineness and details it carries. For instance, portions where Irfan Ahmed express how people’s stereotypical views on his religious identity weighs him down, a scene where Anisha Qureshi recaptures Irfan Ahmed and says Irfan Ahmed escaping under Anisha Qureshi’s watch does not paint a good picture. All these portions are both thumping and poignant leaving us with a soothing humane touch. The problem with FIR is this kind of short bites light up the film but all these portions are not weaved efficiently around a gripping tale to give us a delightful cinematic experience.

Regrettably, when you take FIR as a whole product it does not have enough to get and keep us on the hook. The lazy writing has let down the drama largely. Watching FIR make us feel as if story teller Manu Anand penned down the emotive short moments first and then has built situations in the plot to insert them in. This sort of approach makes the film incoherent. Sample this, when there is no reason to escape Irfan Ahmed escapes from the clutches of Anisha Qureshi just to facilitate the space where she can make a hitting statement. FIR is filled with moments like this. Then it conveniently gets in to the clichéd Tamil cinema zone. In the end, it ends up just as another project with good intention let down by comfortable writing.

Actor Vishnu Vishal has put in the work to portray Irfan Ahmed and he has got under the skin of the character well. Actor Gautham Vasudev Menon shines in the role that better suits his chic manner. Actress Maala Parvathy is effective. Actress Raiza Wilson has bagged a crucial part to which she does complete justice. Actress Reba Monica John is adequate. Actress Manjima Mohan is functional in a pleasantly surprising character. The rest of the cast has delivered what was asked of them.

On the technical front, musician Ashwath’s tracks are not inspiring. Even his background score is just passable. Cinematographer Arul Vincent has done a decent job covering the flick. Editor Prasanna GK has complemented the work of his colleague with his sharp trim.

On the whole, FIR has the appetite to be a socially responsible film at a difficult time but unfortunately that alone is not enough to constitute a solid entertainer.