Director A. L. Vijay’s first marriage with actress Amala Paul was the talk of the town then, with so many rumors hovering around in the K town. One of them was that director A. L. Vijay’s family is very much against his decision to marry actress Amala Paul. But the film maker decided to go against his family and went on to exchange rings with actress Amala Paul. Shortly, after their marriage it was said that the actress will not act in films anymore. But to everyone’s surprise the actress continued to act in films and that is said to be the triggering point for her marriage to end up in divorcee in a very short span of time. Whatever, now both the actress as well as the director has moved along well in their respective careers with Amala Paul having quite a number of flicks in her kitty and Vijay busy with his directorial projects. 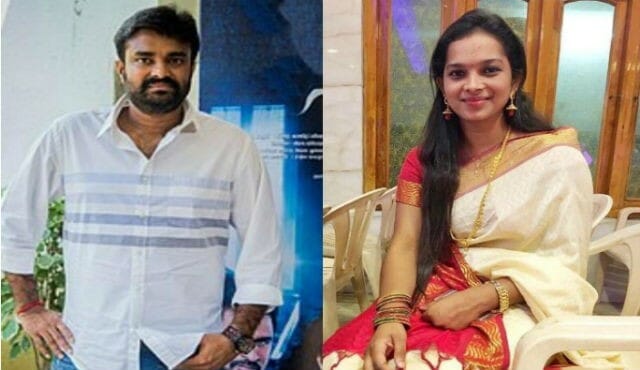 Now, news is that the story teller is all set to tie the knot for the second time. After the divorcee there were many rumors about A. L. Vijay’s second marriage including the latest rumor that the director is set to go under wedlock with actress Sai Pallavi. Every time a rumor pops up the director was put in a position to make a denial statement. But he will not be put in that situation any further as he is set to tie knot with a Chennai based doctor from Mannivakkam. This time it will be an out and out arrangement marriage for the film maker. According to sources, the family members are busy with the arrangements for the wedding which is slated to take place on 11th of July.

According to a source close to the family, “A. L. Vijay did not show any interest in getting married again after his first marriage. But we are very happy on his decision to get married again. The family members are making plans to celebrate the wedding in a grand scale as his first marriage took place in a simple manner. So it will be sort of a festivity celebration on the day of wedding.” Seems like the entire family is gearing up for the big day in a grander manner, for those of you who are not aware, director A. L. Vijay’s family is a very big family with a heavy traditional background. The director had stated in an interview that his family entertainer Saivam is partially inspired from his own family.

Well, everything seems to have fallen on the right path for the story teller this year as his last directorial venture Devi 2 starring Prabhu Deva and Tamanaaha Bhatia in the lead roles registered a decent collection in spite of negative reviews and now finally he has decided to go under wedlock once again. We wish the very best for director A. L. Vijay on his second marriage and hope he continues to entertain people with his films.