Presently Vikram Prabhu along with Shamli, Robo Shankar and Yogi Babu have acted in ‘Veera Shivaji‘ under the production of Nandakumar on behalf of Madras Enterprises. Ganesh Vinayak has directed and the cinematography was made by Sukumar and music composed by D. Imman. 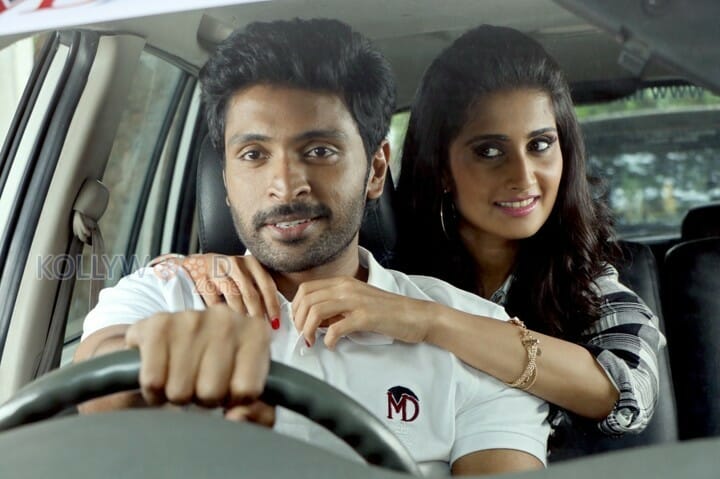 The audio launch was held recently. He has told that he has acted differently in this movie and this is his fifth movie with Imman. He has acted in this action based movie and initially he has hesitated to keep his grandfather’s name and later he has acted with strong determination and courage for the making of the movie.

In this movie he has paired with Shamli and as he knows her right from their childhood days and as she speaks Tamil fluently, it was easy for Vikram Prabhu to act with her. Shamli is his sister’s close friend and so he has felt easy to perform with her and his next movie is ‘Mudisooda Mannan’, which is a different story based movie.