Bramma is riding high with his new release Magalir Mattum. In a recent interview, he opened up about his actresses, the strength of his film. He talked about his lead, Jyothika and the powerful supporting cast of Oorvasi, Bhanupriya and Saranya Ponvannan. 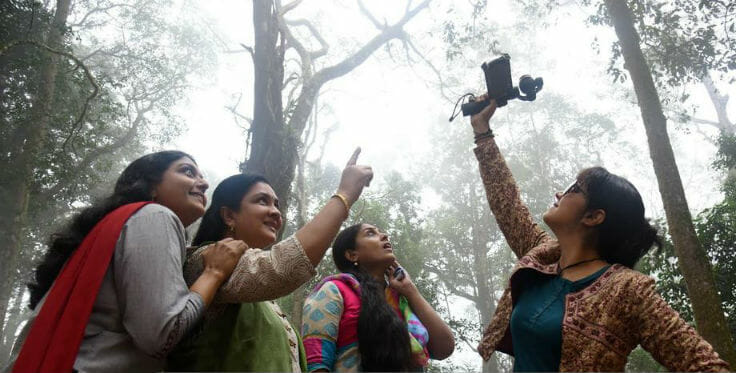 Bramma didn’t conceive Magalir Mattum, thinking of Jyothika. But when she came onboard he was more than happy. He said, “Once she came onboard, I made a few changes (in the script) keeping in mind her persona. Audience would want to see the Jyothika they have loved on the big screen too — her charm, expression and style of performance are a hit with them. So, I had to strike a balance between Jyotika the actress and Prabhavati, the character she was playing. And she has fit beautifully in the role.”

When asked about the supporting women, which included a bevy of veteran actresses, Bramma was beaming with smile. He added, “The three of them were so cooperative; like newcomers, they would eagerly wait for me to narrate their scenes. They didn’t have any ego or carry their experiences around on the set. I’ve been an ardent fan of theirs and I had to constantly shift between ‘fan mode’ and ‘director mode’”

Vishwaroopam 2 got the U/A certificate from the censor board...