Actor Bharath who made his debut in Tami cinema with the controversial film Boys directed by filmmaker Shankar has successfully completed two decades in the industry. Now, the actor has hit a milestone of 50 films. His 50th venture is helmed by debutant director R. P. Bala. Actress Vani Bhojan has played the female lead role in the entertainer. Malayalam superstar Mohanlal had unveiled the title and first look poster of the flick. Now, we have an interesting update on the project.

The entertainer which went on floors last month has now been wrapped up and is in the post production stage. Director R. P. Bala has announced the news on social media. Taking to his official twitter handle, the director shared a snap with the team, and wrote, “Love movie shooting has been wrapped, team has celebrated the occasion with Bharath, Vani Bhojan, and director R. P. Bala.” 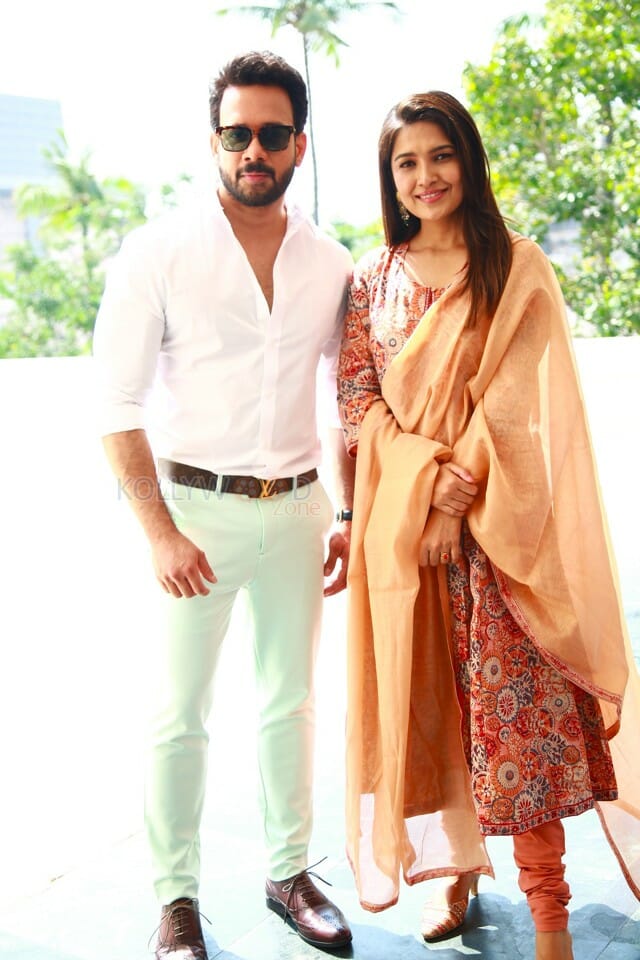 Talking to a leading daily about the flick, the director said, “Love is a suspense thriller that revolve around a family. The climax will stand out and take the audience by surprise. Since, this happens to be his 50th drama, actor Bharath wanted a fresh script. Before okaying this script, the actor turned down many stories that I narrated to him. But when he heard the one line of this script he really got interested. And we took off. I am really glad that I got to direct his 50th film.” Apart from actors Bharath, and Vani Bhojan, the casting of the flick has actors Vivek Prasanna, and Daniel Annie essaying vital roles. Musician Ronnie Raphael of Nimir fame will be handling the musical instruments for the film. Cinematographer PG. Muthaiah has been roped in to take care of the cinematography department. Editor Ruben is set to trim the drama.

On the work front, actor Bharath who was last seen in Tamil cinema in Naduvan is currently busy shooting for his next venture titled Munnarivaan which is helmed by director Vijay Raj in which he will be sharing the screen space with actress Janani Iyer, and for his Telugu flick crafted by Mahesh Surapaneni in which he will be seen alongside actor Sudheer Babu. The actor also has two Malayalam films christened 6 Hours, and Samara in various stages of post-production. Apart from these dramas, the actor has his long-delayed Tamil project 8 awaiting release.

On the other hand, actress Vani Bhojan who was last seen on screens in Raame Aandalum Raavane Aandalum is currently busy shooting for her upcoming drama titled Rekla under the direction of story teller U Anbarasan in which she will be seen alongside actor Prabu Deva, for Oor Kuruvi helmed by Arun Pandian in which she is set to romance actor Kavin, for her web series christened Kolaigara Kairegaigal directed by S. R. Prabhakaran, and for a couple of untitled projects of actors Vidharth, and Naveen Chandra. Apart from these movies, the actress is gearing up for a consecutive release in the likes of Pagaivanuku Arulvai directed by storyteller Anis in which she has shared the screen space with actor Sasi Kumar, a woman-oriented drama Casino filmed by director Mark Joel, Paayum Oli Nee Yenakku directed by Karthik Chowdhary, and Thazh Thiravaa crafted by filmmaker Bharani Sekaran.