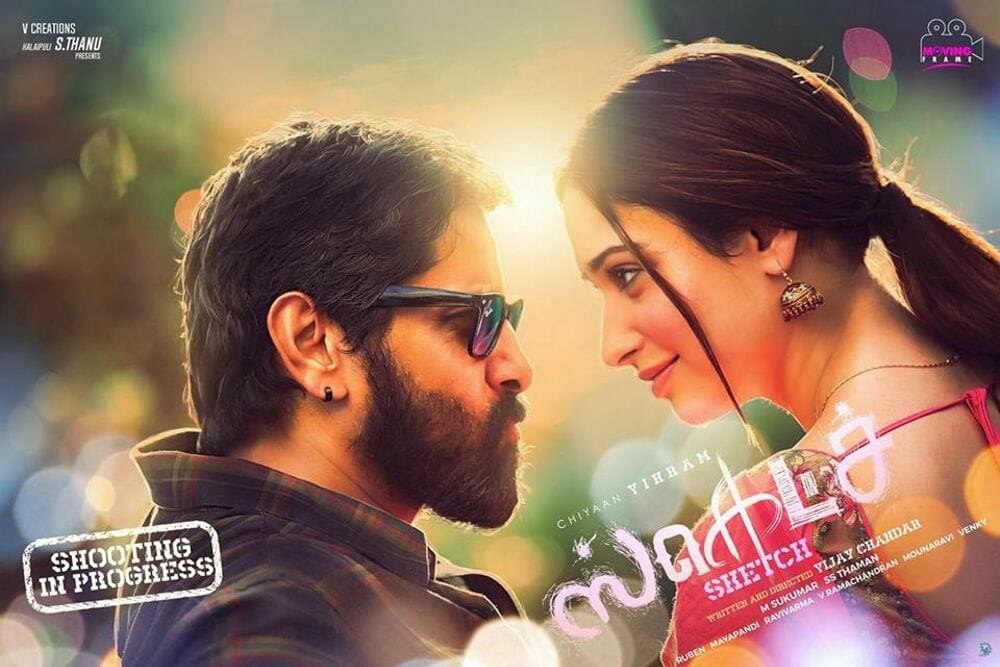 “Tamannaah plays Ammu, a girl-next-door, and she shares a beautiful relationship with Vikram. Romance is very intrinsic to the script and their chemistry is very relatable. Their characters kind of complement each other. I can say that women who see the film would want to be like Ammu,” he says.

The film’s title and the way Vikram said, ‘Sketch podu’ in the film’s teaser video has intrigued many a viewers. It has been able to create the intrigue that the director wanted to. So, naturally the director was asked about the importance or the notion behind the title, and he says, “I ensure the story and the title are interconnected. For us, the word ‘sketch’ roughly translates to mean well-planned and executed. When you ask ‘sketch podalama?’ it means ‘Can we now finalise a plan?’ In this film, the word refers to a perfectionist — and Vikram is the perfectionist here.”

Elli AvrRam Feels Blessed To Be Working With...