The beautiful and talented actress Bindu Madhavi who set foot on Kollywood through the minimalistic drama Pokkisham directed by Cheran shot to fame after playing the female lead role in Kazhugu which hit the screens in the year 2012 under the directorial of film maker Sathyasiva in which she shared the screens space with Krishna Sekhar, Thambi Ramaiah, and Jayaprakash. The flick which hit the screens as an underdog venture enjoyed a decent commercial success. Now the sequel of the project is getting shaped up in the post production stage. The sequel is also scripted and directed by Sathyasiva and is expected to hit the screens soon. The trailer of the film recently hit the social media and has enjoyed a good reception among the internet users. 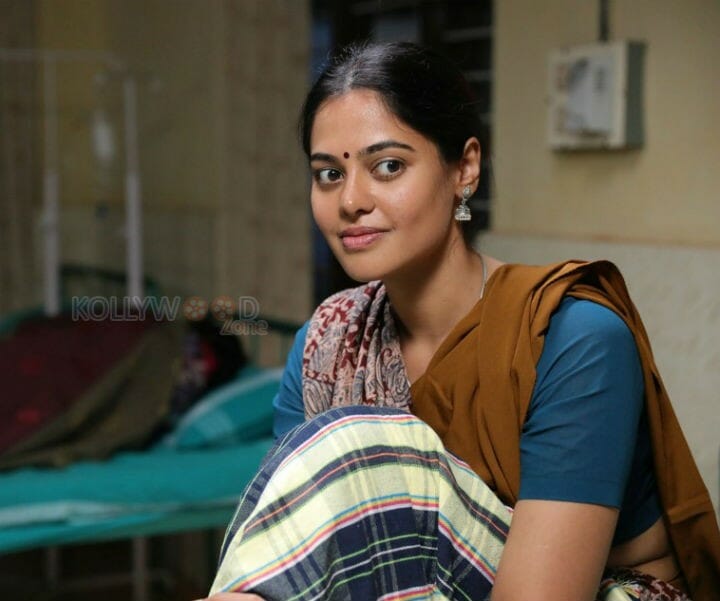 Now, the team is busy with the promotion works of the film and actress Bindu Madhavi has opened up about her experience of working in the drama. When asked about why she took a long break from cinema, the actress said, “I was getting many offers but I was not interested in the scripts that was narrated to me. I was waiting for a script that would be well received among the audience. I do not want to do films just for the sake of doing it. Then I got the offer to star in the sequel of Kazhugu and I immediately took up the offer. Kazhugu was a special movie in my career and the sequel will be more special. When it was stated that the sequel looks similar to the prequel, the actress was quick to defend it and stated, “Absolutely not. Kazhugu 2 is a completely different story and it is a thriller whereas the prequel was an intense social drama. The sequel is about how the lives of villagers settled in the foothills of Western Ghats are disrupted by the wild dogs present in the locality. Actor Krishna plays the role of a man who hunts down wild dogs that causes great menace to people in the foothills of Western Ghats.”

Speaking further about the project the actress added, “The story is set at the background of a forest where I play a role of a girl from the locality doing odd jobs for survival. A beautiful love story is blended along the main plot. When I worked on the first part the naive and innocent nature of the female character from the hilly region came to me naturally. But for the second part I had to work on my facial expressions a bit. Even during the shooting we had a very difficult time as being shot in a hilly region there were a lot of leeches in the zones where we shot the flick. The entertainer has come out quite realistically and I hope the audience will also like it. I hope the venture will give me a break as the prequel did.” Indeed the actress has pinned high hopes on the venture but we will have to wait to see whether the film gives the much necessary break that the actress craves for.

The motion picture is funded by Tiruppur P. A. Ganesh under the banner GK Studios. Cinematographer Raja Battacharjee has cranked the camera for the flick, while Gopi Krishna will be editing the intense movie.

Rajini’s Kabali teaser is ranked No: 1 in...