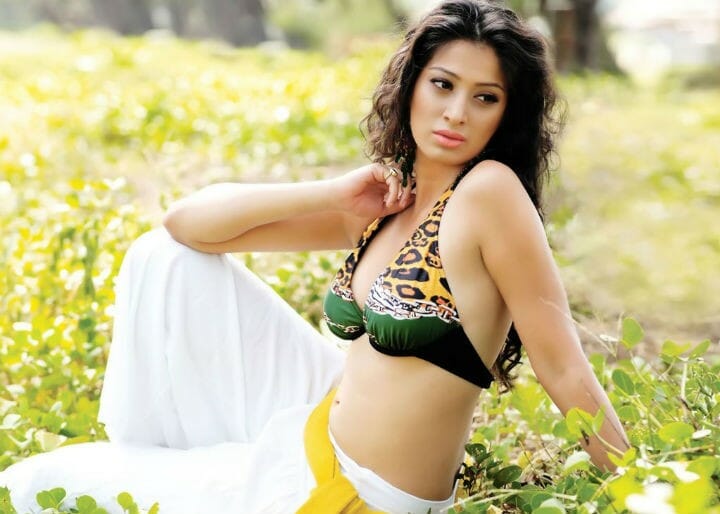 However, despite all her attempts, Julie 2 was a failure. Unfazed by the huge failure, Raai Laxmi is currently acting in a Telugu movie and a Malayalam movie. While her Malayalam movie Oru Kuttanadan blog with Mammootty, and in Telugu, she’s starring in a movie titled where is Venkata Lakshmi with Mahath.

Interestingly both these movies will have her playing village girl roles and from bikini in Julie 2, this time she’ll be seen strikingly contrasting in sarees only. Kuttanadan blog releases for Onam and where is Venkata Lakshmi releases on Dussehra. Let’s see if Raai Laxmi can succeed at the box office with her transformation from glam to homely, from bikini to saree, winning her more film offers.

One crore followers for Miya George in Face Book