Puratchi Thalapathy is how fans of Vishal describe him, though it may sound funny, as true to their describing is how the trailer of the actor’s latest movie Ayogya stays. The official Tamil remake of super hit Telugu movie Temper is directed by the debutant director Venkat Mohan, a former associate of controversial director A. R. Murugadoss.  The film is packed with a pool of stars in which Raashi Khanna will be playing the female lead role accompanied by yesteryear actor Sachu, Parthiban Radhakrishnan, KS Ravikumar, Arjai, Pooja Devariya, Vamsi Krishna, Sonia Agarwal and Devadarshni playing various other important roles. 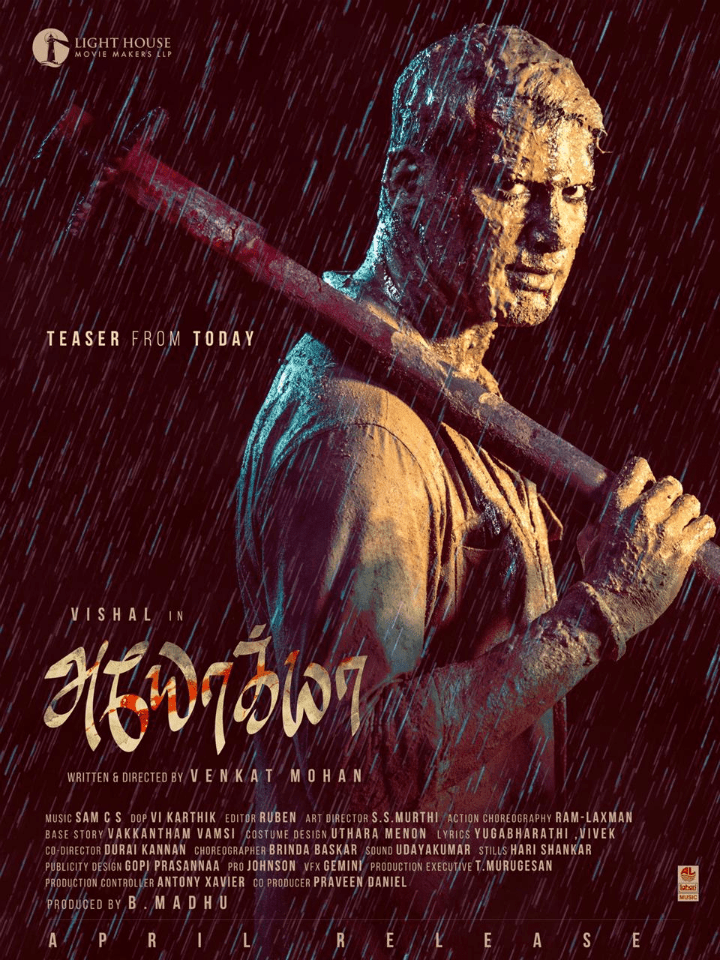 The film which went on floors in the month of August 2018 has been shot in no time and is now gearing up for the release. Recently the trailer of the film was launched by controversial director A. R. Murugadoss. The director who is busy shooting for his next film Darbar starring super star Rajinikanth and Lady Super star Nayanthara released the trailer of the film in his twitter account. The trailer portrays the Actor’s association president as a corrupt cop, who goes around threatening people and getting bribes from them forming allies with baddies in the film. He even goes to an extent where he is seen snatching money from a beggar and he claims with a sense of pride that he is a fraud.

Actor Parthiban is donning the negative cap again in the film, in the trailer he is seen as a modish villain. From the trailer it seems like Vishal is attracted to Raashi Khanna for her physical appearance while the actress seems to be madly in love with him. At the end we get a glimpse of the actor raising his voice against rape. The film is bankrolled by Tagore Madhu under the banner Light house Makers LLP and will be released by Screen Scene Media Entertainment.

On the work front, the producer council head is currently shooting for his untitled film in Turkey which is directed by Sunder C and has actress Tamannaa as the female lead. Recently, director Mysskin paid the actor a visit in Turkey to narrate the script that he penned for the sequel of Thupparivalan and shortly after their meet Thupparivalan 2 was officially confirmed by Vishal’s PRO Johnson. After wrapping the shoot of his untitled flick with Sundar C the actor is expected to begin shooting for Thupparivalan 2.