Ravi Mohan popularly known as Jayam Ravi in the K town made his debut through the film Jayam in the year 2003, which was directed by his elder brother Mohan Raja. It has taken nearly sixteen years for the actor to get to his 25th film cause such is the input and quality that the actor puts for each of his films. The actor has been delivering back to back hits all because of the fresh scripts that he manages to pick and only god knows how he picks all his ventures. 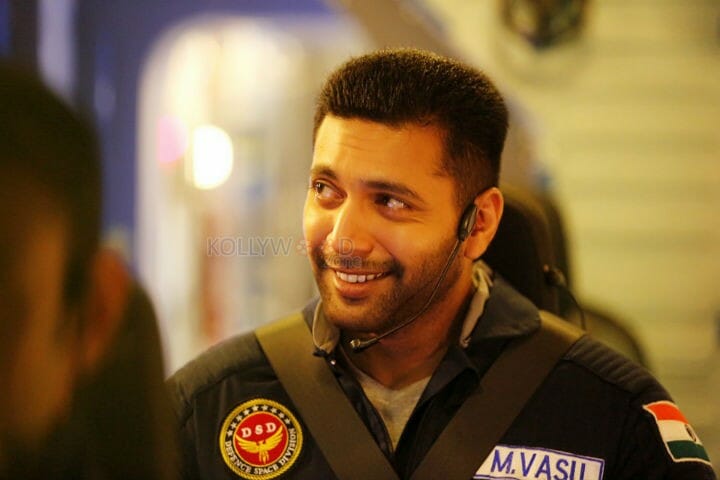 The actor who was last seen on screen in the critically acclaimed film Adanga Maru is now gearing up for his 25th project. Earlier speaking about his 25th film the actor had mentioned that he will be working with his brother for his 25th film as it is quite special for them both. The actor also stated that it would be the sequel of the block buster movie Thani Oruvan that hit the screens under the combination of the brothers. The movie is the best movie so far that the brothers have delivered under their combinations. The film enjoyed a terrific reception among the audience as well as the critics.

When the actor announced the sequel for Thani Oruvan the actor’s fans as well as the common audience were happy. But as of today the announcement for the film just stays as unofficial announcement and has no development further. Now the actor has officially announced that he will be teaming up with director Lakshman for his 25th venture. The actor took to his Twitter account to announce the news. The actor wrote, ‘To all my fans I am extremely happy to announce that my 25th project will be directed by director Lakshman and the music will be composed by Imman.’

To all my fans I’m happy to announce that #JR25 will be Directed by @dirlakshman Music by @immancomposer & Prod by @theHMMofficial Sujatha Vijayakumar ???@onlynikil @shiyamjack
Other details soon ??#Breaking25 pic.twitter.com/MaUVce5z1k

This venture will make the third time association of the director and actor for a film. The duo have already delivered two successful movies Romeo Juliet and Bogan. The teaming up of this successful combination along with the venture marking Jayam Ravi’s 25th movie has set a high expectancy level. The actor who is currently busy shooting for his next film Komaali will begin shooting for his yet to be titled 25th film once he wraps up the shoot of his current project Komaali.

On the work front, the actor is currently shooting for his romantic comedy film Komaali, directed by Pradeep Ranganathan and has Kajal Aggarwal in the female lead while Samyukhtha Hegde dons a pivotal role.