When horror comedies have reduced the interests of filmmakers to go a way beyond the clichéd stuffs, director Milind Rau and actor Siddharth came with something so unique that it is sure to scare some bejesus out of the audience. This full length horror film has the ability to make audience fritter in their seats biting their nails while trying to look away from the screens. The film can be as honest as it can get, starting with homage to the devil, Aval stays true to its genre, never moving away from the mission that it has set to fulfill – to put the fear of devil in the audiences. 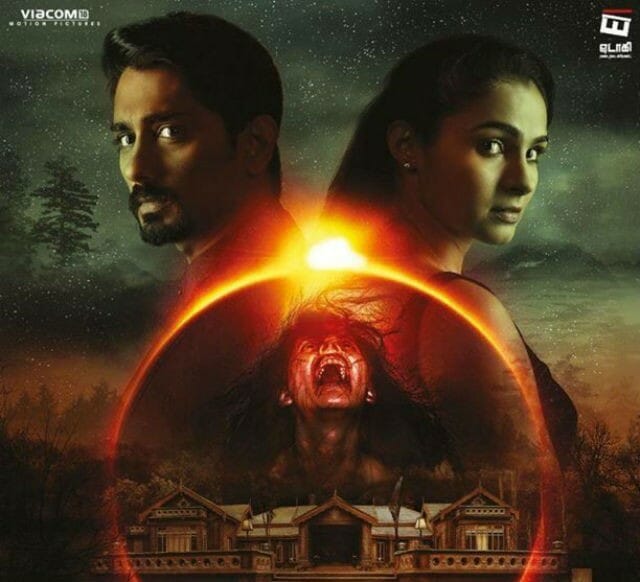 Aval has been promoted as a story based on real events. It is set in 1930s at a small town in Himachal Pradesh, where we are introduced to a Chinese family, which includes a father, a mother and a daughter. As common with all horror films, a tragedy strikes the family. Now the director brings you to the present where we meet Krish (Siddharth) a surgeon and his wife Lakshmi (Andrea). They are leading a happy life in their house under the mountains. Now, everything is going okay until, Paul (Atul Kulkarni) buys their neighboring house and moves in with his family comprising of his daughter Jenny (Anisha Victor) and others. As they are leading a happy life, mingling with each other, Paul’s daughter Jenny starts experiencing some weird supernatural stuff. To bring the situation under control, Krish and Paul takes the help of exorcist Joshua (Prakash Belawadi) and a psychiatrist (Suresh).

Writer-director Milind Rau and co-writer Siddharth have followed the pretty general narrative for this horror flick. But what keeps the audience engrossed is the sleek style of filmmaking and the smart inputs that allows the film to stand out from any contemporary horror films. The film is solely designed to give us shock, horror, fear and even makes us feel nauseous. The filmmakers have gone all the way with a main purpose to terrify the audience. And it succeeds ion every level.

The romance between the lead couple seems genuine and interesting as well. It has been developed in a bold way and executed well, without being out of the place or cringe worthy. They both does well in the film, imbuing the characters with confidence and strength. They make it seem that they are actually part of the scenario rather than the film and that is a hard thing to do especially in a horror film where everything seems fake. It must also be said that Atul Kulkarni also did a fantastic job as continuously shifting between creepy and conflicted and contrived. It is s pleasure to watch this character as it seems completely at par with a horror film.  Anisha also does well as a girl possessed with spirit. She makes it believable without ever going overboard, however, it is to the credit of the director who molded all of his characters so well.

Aval is no perfect film. It has its flaws. But the fine execution surpasses all its flaws.