Actor Atharvaa opened this year on a positive note with his action thriller film Boomerang which hit the theaters under the directorial of director R. Kannan in which he had shared the screen space with Megha Akash, Indhuja Ravichandran, Sathish, RJ Balaji, and Upen Patel. Following the venture the actor starred in the action cop thriller 100 which was directed by story teller Sam Anton in which he romanced actress Hansika Motwani. The flick opened up with mixed reviews from the critics and did not do well commercially as expected. But the actor has moved on to his next project which will be once again directed by R. Kannan. 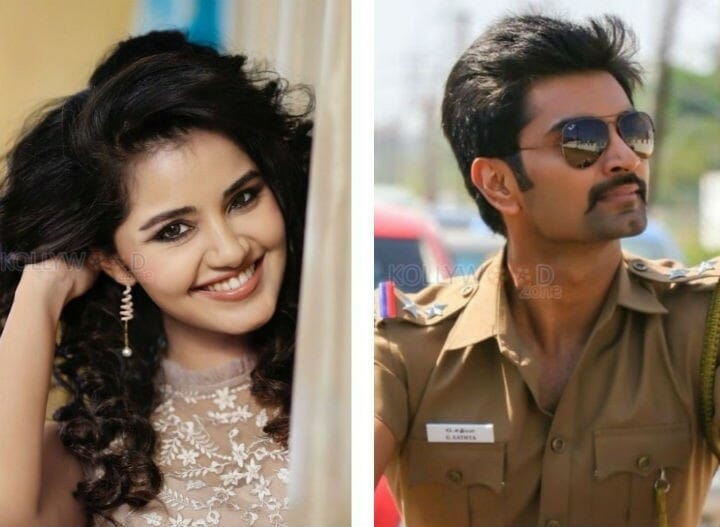 The yet to be titled venture went on floors last month with a formal pooja in Chennai. The unit was shooting for the project in and around Chennai for the past 20 odd days. Now we have reports that the crew is set to fly all the way to Russia to shoot for the entertainer. According to a source close to the director, “We shot few portions of the film in and around Chennai. The first schedule shoot which was slated for 22 days was recently wrapped. Now we will be flying all the way to Russia to shoot for the project. Both Atharvaa and Anupama Parameswaran will be joining the team.” Earlier it was reported that the passionate romance drama will be shot predominately in United States. But now reports of the team traveling to Russia is out. We will have to wait to see whether the unit will also travel to US for a schedule or have budged their location to Russia.

Director R. Kannan has teamed up with actor Atharvaa for the second time after the success of Boomerang which has set the expectation level of the project quite high. Speaking about the untitled movie, director R. Kannan said, “The film will focus on issues in family and relationships, while being high on romance. It will be a feel good intense romance story.” There are also reports doing around that the entertainer is the remake of super hit Telugu flick Ninnu Kori which had actors Nani, Nivetha Thomas and Aadhi Pinisetty in the lead roles. Actor Atharvaa is set to essay the role of a PhD scholar while actress Anupama Parameswaran will be seen in the role of a Bharathnatyam dancer. The motion picture will be bankrolled by the director himself under his home banner Masala Pix. The cinematography department of the movie has been handed over to Shanmuga Sundaram of 96 fame, while Kabilan Vairamuthu will be penning the dialogues for the drama.

On the work front, actor Atharvaa recently wrapped up the shoot for his next film titled as Valmiki. The actor who is currently busy shooting for this untitled project is also shooting for his other project titled as Kuruthi Aattam under the directorial of director Sri Ganesh in which he will be romancing actress Priya Bhavani Shankar of Meeyatha Maan fame.