Actor Vaibhav’s career was filliped after the success of the romantic comedy entertainer Meyaadha Maan which hit the theaters in the year 2017 under the direction of story teller Rathna Kumar with actress Priya Bhavani Shankar in the lead role. The actor has signed a lot of projects after the success of the film and has been busy shooting for multiple ventures simultaneously. Now, the actor is gearing up for the release of his next comedy entertainer Sixer which will be hitting the screens on 30th of August under the directorial of debutant director Chachi. The trailer of the flick was recently unveiled on social media by controversial film maker A. R. Murugadoss and has been enjoying a good reception among the internet users. 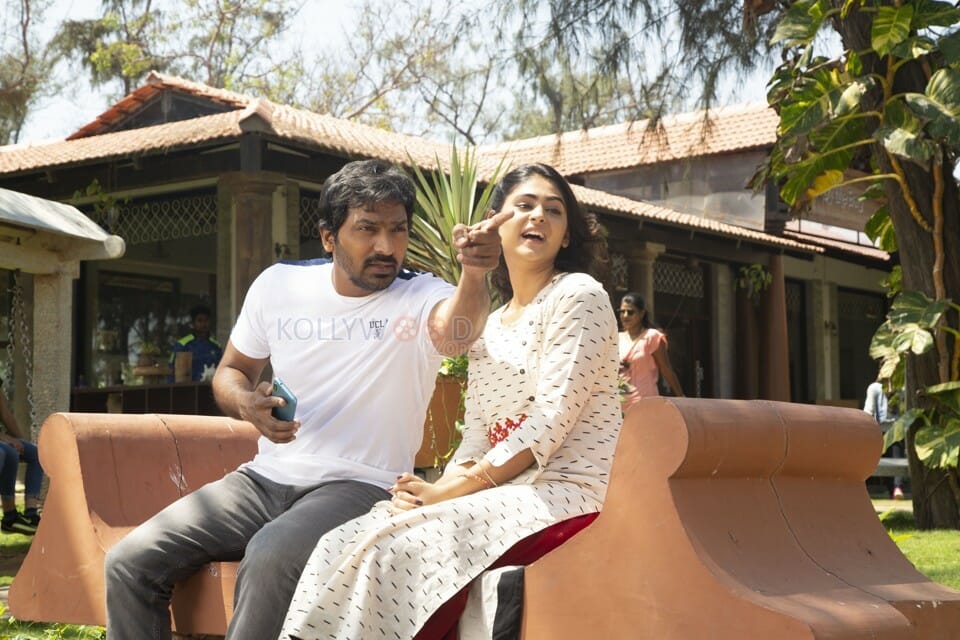 The team of Sixer has been busy promoting their movie ahead of the release. The team has recently interacted with the media about the entertainer. Actor Vaibhav who took his turn to speak ensured that he expressed his gratitude to everyone that worked with him in the unit and shared a few words about them. Speaking about the venture the actor stated, “Sixer is a special movie for me. Director Chachi has neatly written a unique script and has presented it as a whole commercial package. I would like to extend my sincere thanks to the producers Dinesh Kannan and Sridhar of Wallmate Entertainment for believing in such a unique script and helping it to get materialize. I also want to thank producer R. Ravindran sir of Trident Arts for making the release procedures of the drama so simple. Palak Lalwani, Ilavarasu sir, Sathish all my co stars have been so gentle and shooting with them was very fun. I am confident that Sixer will be a good experience for the audience when they catch the drama in theaters. Story teller Chachi will be acclaimed for his work and I am sure he will excel as one of the best commercial directors of Tamil cinema,” concluded the actor.

Following the actor everyone from the team got their turn to share about how they got the opportunity to work in the venture and their experience in working as a team.  Cinematographer P. G. Muthiah has cranked the camera for the movie, while editor Jomin has trimmed the entertainer. The musical instruments for the venture are handled by M. Ghibran. Besides actor Vaibhav, the flick has Palak Lalwani in the female lead role while veteran actor Radha Ravi, Ilavarasu, and comedian Sathish will be seen in various other supporting roles.

On the work front, actor Vaibhav who is waiting for the release of the comedy flick Sixer is currently busy shooting for his movie Taana and also for Katteri which is directed by director Deekay of Yaamirukka Bayamey fame. Apart from these flicks, the actor has an untitled entertainer which will be funded by his close friend Nitin Sathya and which is set to be directed by S. G. Charles in his kitty. The actor also has his long delayed project the political entertainer R. K. Nagar gearing up to hit the screens now.