Chiyaan Vikram, the man of style, is garnering a lot of acclamation from the audience as well as from the critics for his portrayal of KK in Kadaram Kondan which hit the screens last weekend. The actor’s body language, physical transformation and his screen presence has pushed an average film in to the good film category. Though the film has opened up to mixed reviews the actor has earned a good acclamation for his efforts. The entertainer has performed decently in the box office as well. Now, the actor is busy with his next venture. 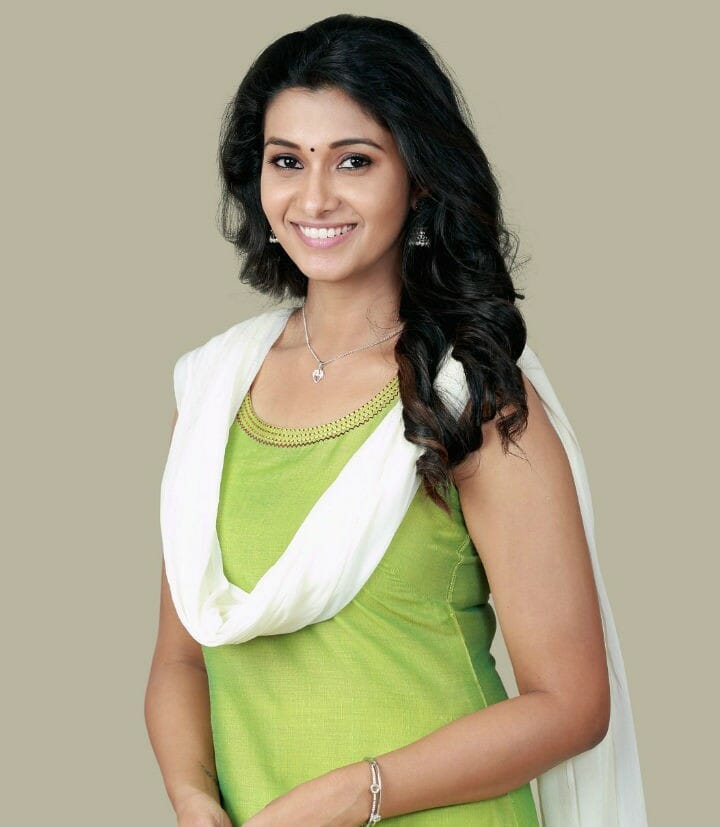 We had reported earlier that the actor has inked his signature for a yet to be titled flick that will be directed by story teller Ajay Gnanamuthu of Demonte Colony and Imaikka Nodigal fame. The first look poster of the venture was a collection of mash up of the dashing actor which was more in the tone of a comic strip with scientific theories and maps at the backdrop. The first look poster of the movie had a good reception among the fans of the actor as well as among the audience and incited an element of curiosity in them. Now we have news that young and talented actress Priya Bhavani Shankar has been roped in for the drama to play the female lead role. According to a source close to the production unit, “Actress Priya Bhavani Shankar has been brought on board to essay the female lead role in the movie. The production unit has plans to bring the project on floors by August. An official confirmation regarding the same will be made soon.”

This indeed is an amazing news for the actress as just few days back she signed for the mega budget Kamal Hassan starrer Indian 2. She is also busy acting with top actors in the industry like Jiiva, Arulnithi Atharvaa and Arun Vijay. What a year this has been in the calendar of the actress. The motion picture is funded by Lalit Kumar under the banner Seven Screen Studio partnering with Viacom 18 Studios. The music for the entertainer is set to be composed by the Oscar winner A. R. Rahman. Editor Bhuvan Srinivasan will be handling the editing department of the film. The flick is set to hit the screens as a multi lingual project in Tamil, Telugu and Hindi.

On the work front, actor Vikram is busy getting in to shape for his role in the Magnum opus Ponniyin Selvan that will be directed by ace film maker Mani Ratnam. Apart from this flick the actor has Mahavir Karna which will be bankrolled by director Karan Johar under his home banner Dharma Productions.

On the other hand, actress Priya Bhavani Shankar is busy shooting for Mafia in which she will be sharing the screen space with actor Arun Vijay. Apart from this flick, the actress also has Kuruthi Aattam, Vaan, Kasada Thapara, and Indian 2. She has also signed for an untitled project which will have actors Jiiva and Arulnithi in the lead roles.

Naadodigal 2 awaits its release as the team wraps up...