Actor Ajith is currently gearing up for the release of his next venture Nerkonda Paarvai directed by H. Vinoth of Sathuranga Veetai fame. The expectation level for the Pink remake is very high and the fans of the actor have already begun to make plans to celebrate it in a grand scale. It is a well know fact that the first three days from the release of the flick will be houseful shows. But this time there is an additional bonus for the fans of the actor as the makers have planned the release of the project in a cleaver way and have poised the release of the film. The court drama which is hitting the screens on 8th of August will enjoy a business of solid 8 non working days.  The project is expected to break all box office records and on its way create many new milestones. 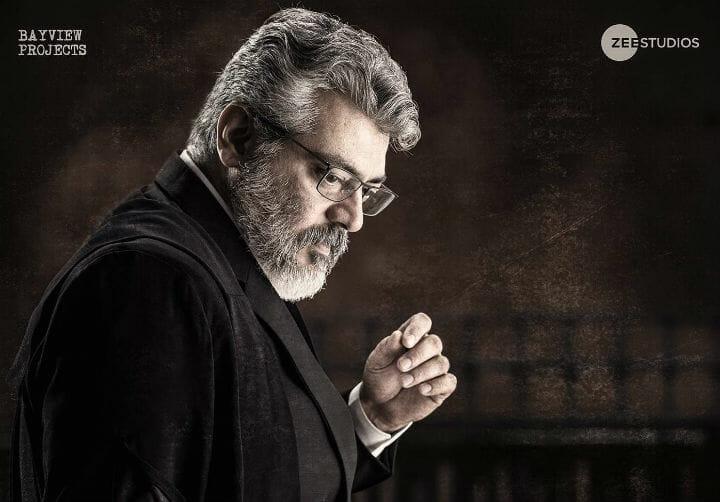 Now, we have an interesting update on the actor’s next project. The Mangaatha star has a policy of taking one film at a time and will not even commit himself to his next film until he wraps up his current assignment. Now as he has wrapped up the shoot of Nerkonda Parvai a long time ago we have news about the actor’s next movie. A couple of months ago we had reported that the actor will be teaming up with H. Vinoth again for a project which will also be bankrolled by Boney Kapoor. Now we have reports that the film is set to go on floors on 25th of August. According to a source close to the director, “Thala 60 will be officially launched on 25th of August with a formal pooja. If everything goes as planned an official announcement on the same will be made soon. If not there might be a slight delay but not for a long time. The production unit is planning to wrap up the project by the end of December or by early January and release it by April 2020.”

When asked about what the story might be the answer was, “it is too early to talk about it.’ Yes, of course it is. But he did say that the venture will be an original script and falls under the action thriller genre. Seems like, the actor will not be in break for a long time after the Pink remake as his next yet to be titled entertainer is slated to go on floors just two weeks after the release of Nerkonda Parvai. Hard worker is the right word with which the fans of the actor describe him and the star rightly deserves it.

The entertainer has been planned to be shot in few Middle East countries and also in South Africa and Budapest. The cast and crew that will be part of the movie are expected to be announced soon. According to reports there are many chances to retain the same technical team of Nerkonda Parvai for the untitled drama. This sure is an exciting news for the fans of the actor who crave to see their star on screens more often.