Last year was a fantastic year in the career of actor Arya. The actor who had been struggling for a while without substantial commercial success delivered a blockbuster in Sarpatta Parambarai which was helmed by director Pa. Ranjith. Due to covid restrictions the venture had an OTT release. Despite its release in the OTT platform the project managed to get the attention of the audience and clocked millions of views just by the opening week. Officially becoming the first blockbuster Tamil drama on OTT. In fact, it was Sarpatta Parambarai that implanted confidence in other stars in the industry to opt for the OTT route. The actor who is still basking in the success of the film was last seen on screens alongside his best friend actor Vishal in Enemy which hit the theaters last year under the direction of filmmaker Shankar Anand. The Teddy actor is now gearing up for the release of his next entertainer titled Captain.

The shooting for the project was completed in the month of February, and the film is currently in the final stage of post-production getting shaped up for release. Now, the production house has shared the release date of the flick on social media. Captain is all poised to hit the screens on 8th of September this year. Producer Udhayanithi Stalin will be distributing the movie. Taking to his official twitter handle, actor Arya shared a couple of pictures with director Soundar Rajan and Udhayanithi Stalin, and wrote, “Red Giant Movies has acquired the Tamil Nadu theatrical rights of Captain. Thank you so much partner Udhayanithi Stalin for your support always. Then Boss Engira Baskaran became Captain. See u all in theaters on September 8th.” 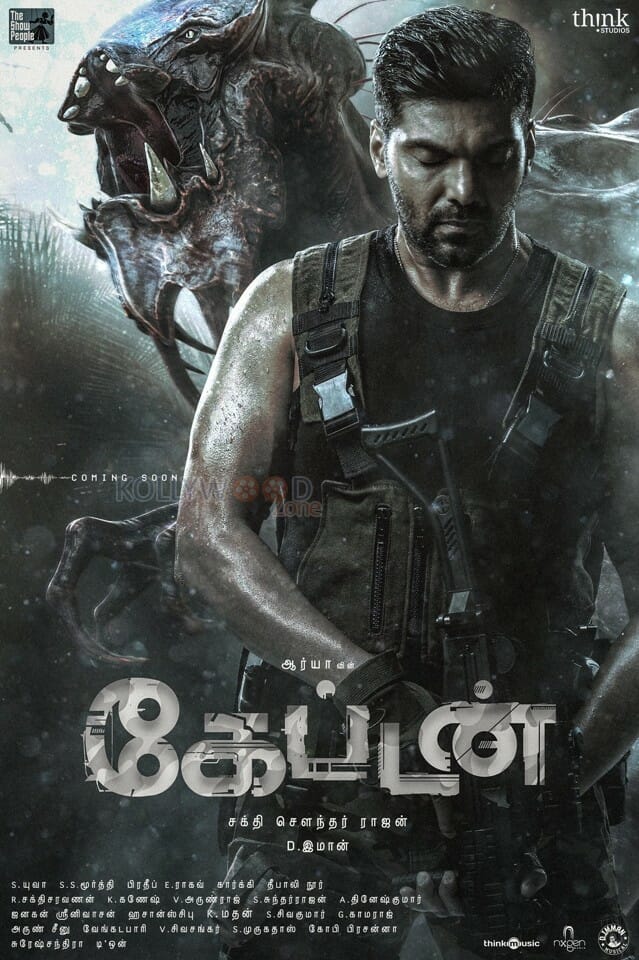 Story teller Shakti Soundar Rajan has directed the drama. He is known for his sci-fi ventures such as Miruthan, Tik Tik Tik, and Teddy. The first look poster which had actor Arya standing with his eyes closed holding a long gun with a monstrous creature roaring behind him, had a good reception among the audience. So, the expectations on the flick are quite high. Apart from actor Arya, Captain has actress Aishwarya Lakshmi of Jagame Thandhiram fame playing the female lead role. Veteran actress Simran will be seen in a vital role. The casting of the flick has actors Gokul, Thyagarajan, Kavya Shetty, Harish Uthaman, and Bharath Raj essaying various other supporting roles. The cinematography department of the drama has been handed over to cinematographer Yuva. Music director D Imman has composed the music for the flick. Editor Pradeep E. Ragav will be editing the drama. The venture is bankrolled by the actor himself under his home banner The Show People along with Think Studios.

On the work front, actor Arya who was last seen on screens in Enemy is currently busy shooting for his next untitled project under the direction of story teller Nalan Kumarasamy. He will soon be making his debut in web series space with his untitled web series which is set to be directed by Milind Rau. On the other hand, actress Aishwarya Lekshmi is gearing up for the release of Ponniyin Selvan part one helmed by film maker Mani Ratnam. The actress is currently busy shooting for her next Tamil venture titled Gatta Kusthi directed by Chella Ayyavu in which she will be romancing actor Vishnu Vishal.