Actress and daughter of Kamal Hassan made her acting debut in Bollywood through the Balki’s directorial Shamitabh co starring Dhanush and legendary actor Amitabh Bachchan. Her Tamil debut was the thala Ajith starrer Vivegam in which she portrayed the role of Natasha which received a lot of flak from the critics in the industry. Now the actress is gearing up for the release of her next Tamil project titled as Kadaram Kondan in which she has shared the screen space with actors Vikram, Abi Haasan, Lena, Vikas, Jasmine, and Rajesh Kumar. 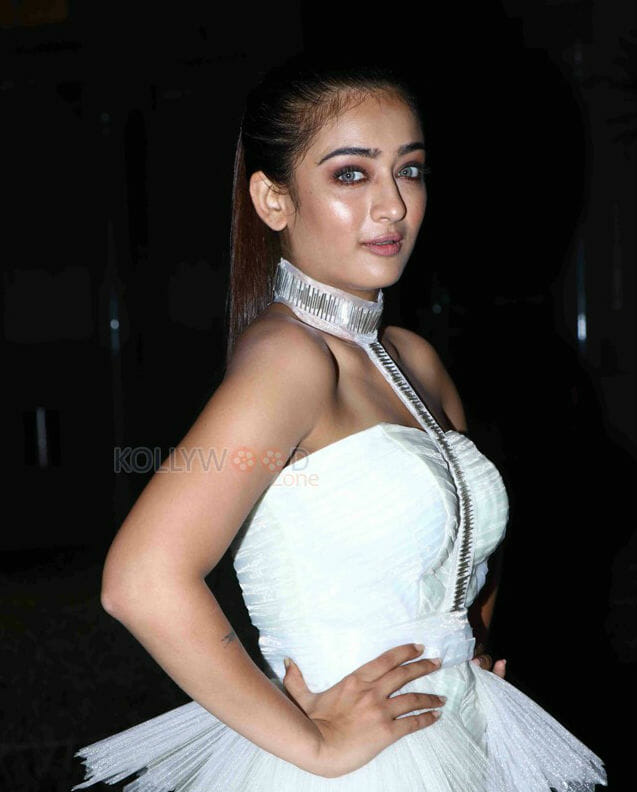 The action entertainer is slated to hit the screens on 19th of July and the promotion activities for the flick are in full swing. In a recent media interaction, the actress has opened up about her role in the action thriller. Speaking on her role in the movie, the actress states, “I play the role of Akira in the movie and Abi Hassan essays the role of my husband. As you would have seen in the trailer I play a pregnant woman. I took a lot of lessons from my mother on how a pregnant woman should sit, walk and move around. I have also done a few stunt sequences as a pregnant woman.” Speaking about her father’s role in her career, she says that her father always advices her to be sincere to the work she takes up and commit herself wholly to the project and take every film as her first venture.

The actress forayed in to the industry with a desire to become a story teller but fate had other things in its sleeves for the artist and turned her in to a heroine. Speaking of it the actress said, “If you ask me, direction is definitely my passion. I have worked as an assistant director in my father’s Sabaash Naidu. If you ask me I want to direct Amitabh Bachchan, Vikram, Shah Rukh Khan, Karthi, and Ranbir Kapoor someday. But my ultimate dream is to direct my dad but I am not even sure whether that I could pen a script for his caliber. Moreover, he has done all sorts of roles in his career.” The actress wrapped up with expressing a spine chilling desire, “I want to bring my dad and Rajini uncle together for a project again. Let us hope it comes true.” This definitely would make many Kollywood audiences happy if it happens.

Touted to be an action thriller film, the venture is directed by story teller Rajesh M Selva of Thoonga Vanam fame which had versatile actor Kamal Hassan and Trisha Krishnan in the lead roles. The motion picture is financed by Kamal Hassan under his home banner Raaj Kamal Films International partnering with R. Ravindran of Trident Arts. The music for the film will be composed by M. Ghibran who was also the music director for Thoonga Vanam. While Srinivas R Gutha has cranked the camera for the movie, Praveen K. L has trimmed the action entertainer.