Beautiful and gorgeous Malayalam actress Aishwarya Lekshmi was put in the limelight after her role in Njadukalude Nattil Oridavela which had actor Nivin Pauly in the lead role. Like many of her predecessors from the God’s own country, the actress is also signing up many Tamil films in recent times. The actress will be making her debut as a lead heroine in the yet to be titled Vishal starrer which is helmed by story teller Sundar C. The actress has also inked her signature for the venture which will bring actor Dhanush and director Karthik Subbaraj together. There are also talks in the K town that the Malabar beauty might land in a meaty role in the dream project of auteur Mani Ratnam’s Ponniyin Selvan. 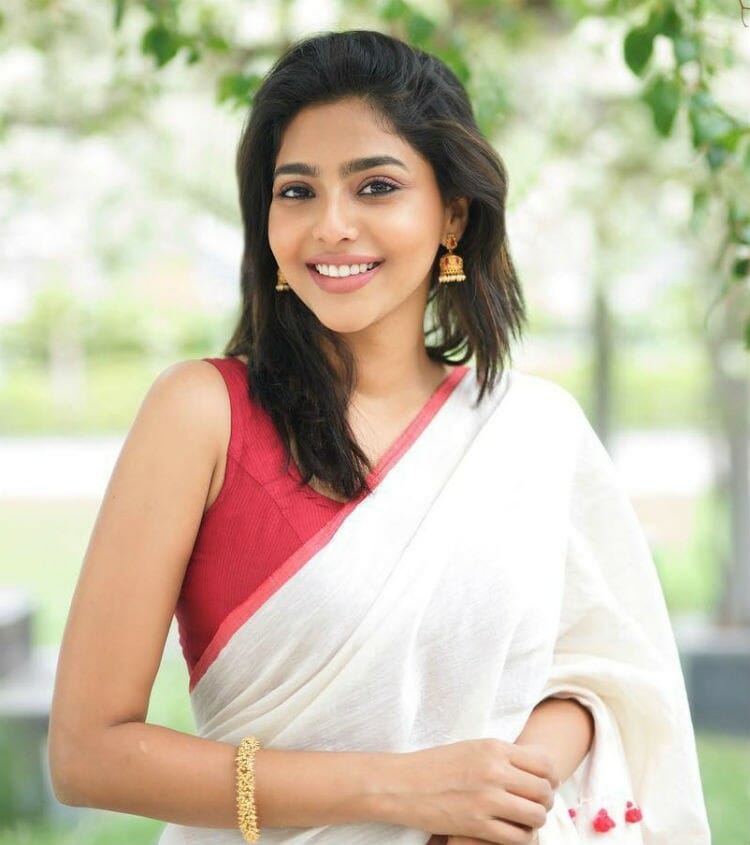 Recently, the actress has opened up about her upcoming projects in the Tamil cinema industry to a leading daily. Speaking about her brisk start to her Kollywood career, the actress states, “I am very fortunate to be casted with the top stars at the beginning of my career. I am very glad to be part of the flicks that I am in.” Speaking about her project with Vishal, the actress said, “I play a very light hearted, innocent, and a simple girl in the flick, who is not too traditional or too modern either. My character in the movie will be more in the shades of the romedy genre, of course with few romantic songs in it. I cannot say much at this point, as it would not be fair.”

Talking about her experience in working with Vishal, “Vishal is a fun loving and a simple person. He was teasing me throughout the time we were shooing for the movie. The whole unit would sit together and chat instead of spending our times in the caravans. It was very fun shooting for the drama. We have only few days of shooting left to wrap up the drama.”

Speaking about how she bagged the role in the Karthik Subbaraj’s movie with Dhanush, the actor states, “I got an audition call a long time ago before the shooting of Petta went on floors and I attended it. I was given few sequences and was asked to perform them. But the audition was handled by the assistant directors. I performed the sequences but my Tamil was very bad during the audition as I used both Tamil and Malayalam. I was given a very dull colored costume and I performed with no makeup. But shortly after that, the same team officially announced Rajini sir’s Petta. I thought to myself that they could have called me for the audition of Petta because I would have even loved to do a blink you miss role in Rajini sir’s film. But unfortunately it did not happen and I almost though the project was dropped. But in the early January this year I was informed that the entertainer is on and that the project will go on floors after midyear. I was surprised and I had no idea that would be called in again after a long time. Naturally, I am very excited to begin shooting for the venture,” concluded the actress.

Sathyaraj’s Next Is a Thriller set in a...

Simbu admits he is hardcore fan of Ajith...