Musician turned actor G. V. Prakash Kumar had a release this past weekend with the family entertainer Sivappu Manjal Pachai in which he had teamed up with actor Siddharth for the first time in his career. The movie has opened up to mixed reviews from the critics in the industry as well as from the audience. Despite the mixed reviews it has garnered the flick is said to be doing well in terms of commercial business throughout the state. In no time the busiest actor of Kollywood who has numerous projects in his pipeline has moved on to his next projects and is busy shooting for various flicks simultaneously. Now we have reports that the actor has signed in the dotted lines for yet another venture. 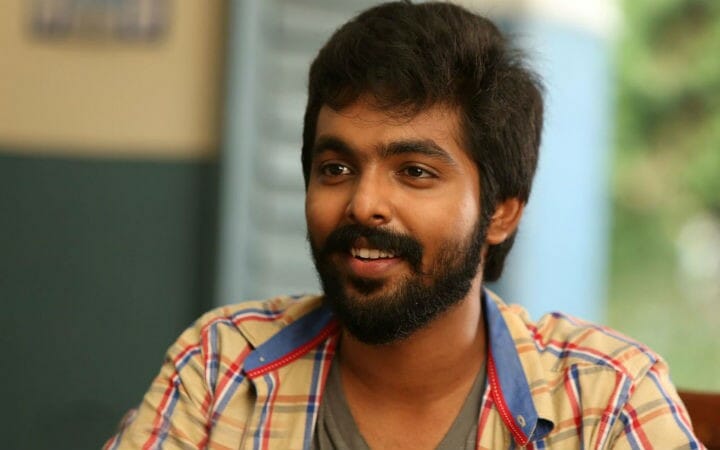 The actor himself has announced about the yet to be titled project on the social network. The actor has shared the news and has kept his fans in suspense by saying that a very special person will be launching the first look as well as the title of the venture. Taking to his twitter account, the actor shared a dummy slide with the name of the production house and wrote, ‘Here is to new beginnings, a beautiful script with a good producer Axeess Film Factory and someone really special is going to reveal the first look keep guessing.’ Guess the actor is in no mood to break words about the special person so we will have to wait till the 11th of September 6pm to get to know the special person that the actor is talking about.

The untitled movie is set to be scripted and directed by debutant story teller Sathish Selvakumar. The motion picture will be bankrolled by G Dilli Babu under his home banner Axess Film Factory. The project is still in its early stage so the rest of the cast and crew that will be part of the project is expected to be announced soon. Apart from acting the actor is also busy as a music director whose next musical release will be Dhanush and Vetrimaaran’s Asuran. When it comes to his acting projects he has nearly a dozen of flicks in his bag.

On the work front, the actor is currently busy shooting for his next crime thriller titled as Jail under the directorial of film maker Vasanthabalan in which he will be sharing the screen space with actors Radhika Sarathkumar, Yogi Babu, Robo Shankar, Premgi Amaren, and Abarnathy and also for his fantasy comedy flick 4G which is helmed by director Venkat Pakkar in which he will be romancing actress Gayathri Suresh. Apart from these ventures, the actor has Kadhalikka Yarumillai under the directorial of Kamal Prakash in which he will be seen alongside Raiza Wilson, Aayiram Jenmangal, and Kadhalai Thedi Nithya Nandha in his pipeline. Besides these movies, the actor has Ayngaran, 100 % Kadhal, and Adangathey getting shaped up in the post production stage for release.

Santhanam to play triple role in his next...