Finally the wait is over and the trailer of Amala Paul’s adult crime thriller has hit the internet. The teaser of the flick was launched by Bollywood producer and director Karan Johar and Anurag Kashyap has taken up his turn to launch the trailer of the much anticipated film of the year. 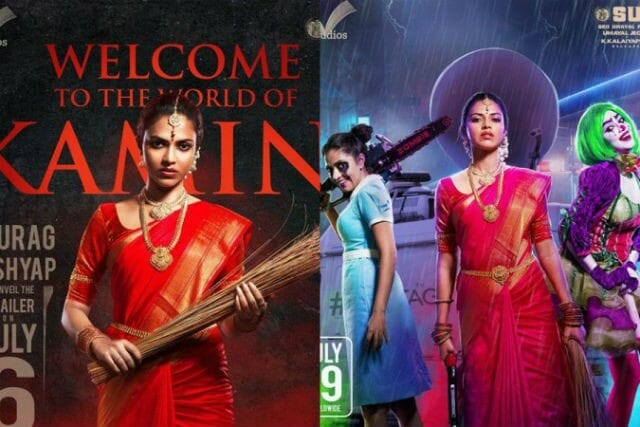 The few minutes back launched trailer has already clocked a good amount of views and is still on the run to clock a maximum number. The trailer of the flick is expected to beat the 7 million views clocked by the teaser of the film. As the welcome message poster shared ahead of the trailer release suggested, we are lured in to the word of Kamini portrayed by Amala Paul. The actress is seen in different shades in the crime drama and also seems to have a habit of betting for doing challenging things, similar to the character of Thala Ajith Kumar’s in Kaadhal Mannan. The trailer looks promising and gives us a glimpse that the project will be an intense yet sarcastic entertainer.

The actress who stunned the audience by her boldness in the first look poster as well as the teaser of the movie is set to blow away the fans with the trailer. From the trailer it is safe to say that the movie will be dealing with the issues that women face in the modern society. Seems like the flick deals with a rape victim and attempts to lay light on the misogyny existing in our civilization. We will have to wait to see whether the movie really speaks about the real core issues weighing down women.

Apart from actress Amala Paul, the casting of the film includes Ramya Subramanian, Adiraj, and Vivek Prasanna in various other supporting roles. The music for the venture is composed by music director Pradeep Kumar. While Vijay Karthik Kannan has handled the cinematography department for the film, Shafique Mohammed Ali has trimmed the crime drama. The motion picture is bankrolled by Viji Subramaniyan under his home banner V Studios.