Comedian Yogi Babu who was recently seen in the Nayanthara film ‘Kolamaavu Kokila’, makes his debut as the male lead in a fantasy comedy film ‘Dharma Prabhu’. The shooting of this movie starts from today in Chennai city, where a majestic set worth Rs.2 Crore has been constructed. The film will be directed by Director Muthukumaran.

The first dialogue spoken by Yogi Babu on the first day of the shoot was ‘Vetri Vetri Amogha Vetri. Naam Plus One-Amogha Vetri’ which was shot before few minutes. The movie is based on the imaginary setup of Yamalokam with a comedy element. The film is produced by Sri Vaari Films. 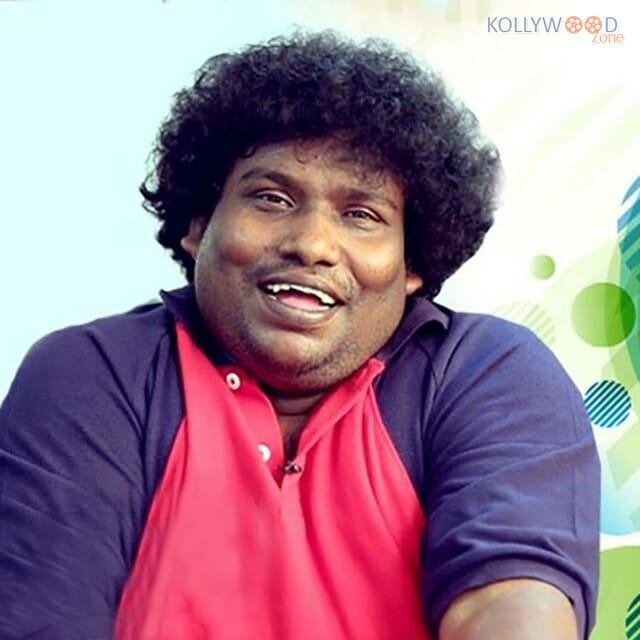 Yogi Babu will be seen portraying the character of son Yama and Radharavi acts as his father Yama. Ramesh Thilak would be playing the role of Chitra Guptam and there are many renowned artists in the movie.

The shooting will be extensively captured in Chennai and there are plans to shoot songs in abroad. Director Muthukumaran is already working on for the release of his debut movie ‘Kanni Rasi’ starring Vimal and Varalakshmi Sarathkumar in lead roles.

In the meanwhile, Yogi Babu has many interesting projects lined up across the year like 100, Gurkha, Zombie, and an untitled movie with Vijay Devarakonda.