Actress Yashika Aannand who is yet to deliver a solid flick in Tamil cinema has a very strong fan following in the state. The reason behind her popularity index is her part in the adult comedy flick Iruttu Araiyil Murattu Kuththu helmed by film maker Santhosh P. Jayakumar and the interviews she did for the promotion of the entertainer. After the release of the movie the actress became the heart throb of many youngsters overnight. It would only be fair to say, the very name of the actress brings vigor among the youths in the state. But the actress has been having a rough couple of years ever since she met with an accident while driving home after a party. In the nightmarish accident the Iruttu Araiyil Murattu Kuththu actress lost her close friend, and herself was gravely injured, and spent months in hospital. There were speculations that the actress was drunk and it was the drunk and drive that caused the accident. The actress has recuperated and is doing fine now. 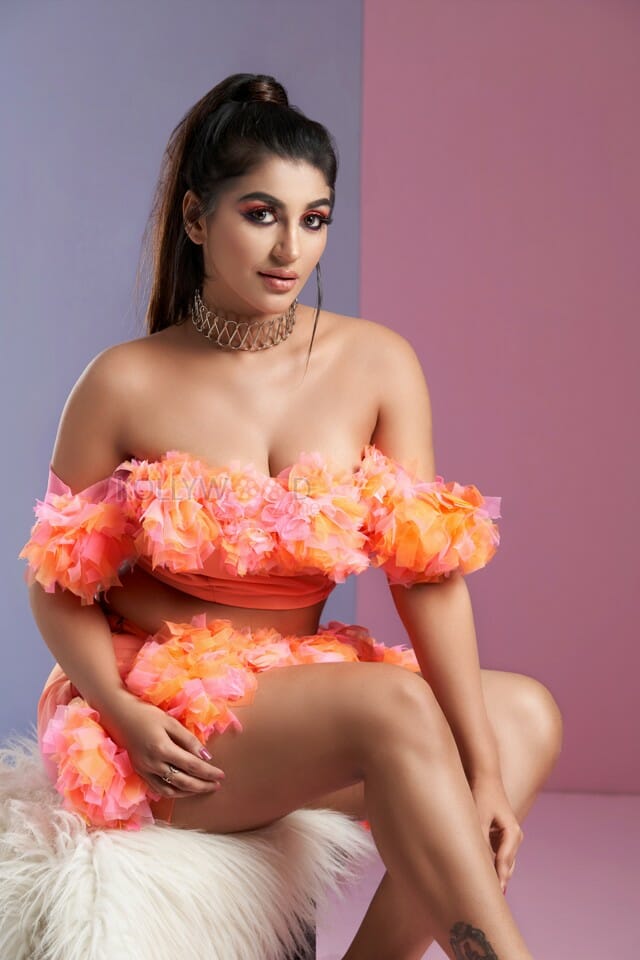 The actress is quite active on social media. She has a habit of sharing pictures from her travel dairy, casual photos from her day-to-day life, her sponsored photoshoots, and streamy pictures of herself from time to time in her profiles. The actress also has a habit of chatting with her fans through social media at regular intervals. Recently she came on twitter to do one such chat exercise, and asked her fans to ask her anything under the hashtag ‘AskYashika.’ The session started off well with a fan of her asking her, “Now how is your health da.” To which the actress responded, “Hi Vanakkam! I’m doing pretty better now. Recovering and getting stronger with your blessings. Hope u doing good too!”

As the session went on there was a sharp comment by a fan questing her about her state of soberness during the accident and how she feels killing her friend, “What is the status of that drink and drive accident case? How do you feel after killing your friend?” The actress hit back with, “It’s not a drink n drive. As I was unconscious when I was taken to Apollo hospital. N reports also claim to confirm that I wasn’t drunk. Before judging anything without any proper information don’t spread rumors. Wish dint have these fractures n could hv gone instead.” However, the actress for some reasons choose to delete the tweet and stopped responding to the AskYashika tweets.

On the work front, actress Yashika Aannand has several films lined up in her pipeline. The actress who was last seen in R23 Criminal’s Diary will next be seen in a cameo appearance in Arav’s Raja Bheema helmed by story teller Naresh Sampath. Following which she will have a back-to-back release in the likes of Bhageera helmed by film maker Adhik Ravichandran, Sulphur directed by Bhuvan, Kadamaiyai Sei helmed by Venkat Ragavan, Ivan Than Uthaman directed by Magesh, Pambattam, and Bestie.