The teaser of Jyothika’s next, Kaatrin Mozhi directed by Radha Mohan and bankrolled by creative entertainments production was released recently. Kaatrin Mozhi is the Tamil remake of Hindi superhit Tmhari Sulu, that had Vidya Balan and Neha Dhupia playing principal characters.

And the remake brings together director Radha Mohan and Jyothika 11 years after their previous successful collaboration Mozhi. Kaatrin Mozhi will have Jyothika playing a character named Vijayalakshmi, who’s a housewife who ventures into pursuing her dream as she turns a radio jockey why Hello FM. 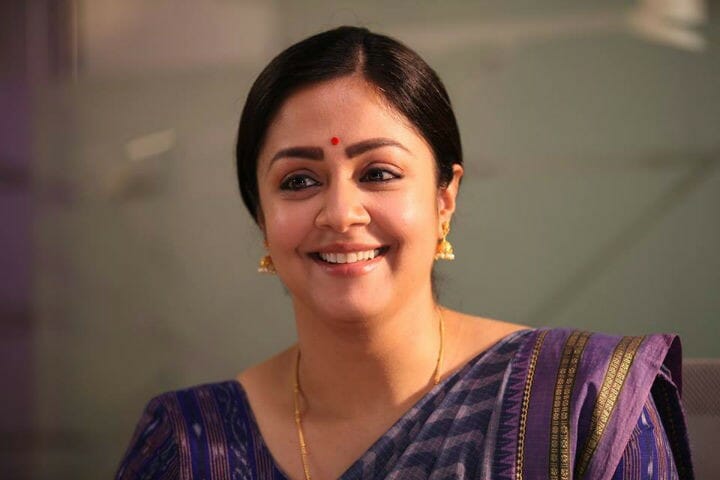 How she succeeds as an RJ is shown in a hilarious way with typical Jyothika brand bubbly cute expressions and performance. The movie has Mynaa fame Vidharth as Jyothika’s husband and Lakshmi Manchu playing Jyothika’s boss.

Simbu aka STR plays a cameo in the movie, which releases worldwide on October 18, on Jyothika’s birthday. The movie already has huge expectations and the pre-release business is doing good so far.

Vidarth will be seen as Jyothika’s husband in the movie. The movie was wrapped up in a short span and now it is gearing up for a release. The team has decided to promote the movie extensively from all sides. This will be Jyothika’s third female-centric movie post her marriage with actor Suriya.