Chiyaan Vikram, who was last seen in sketch and has got a Release recently in the form of Saamy Square directed by Hari, has opened up on his latest outing and his upcoming projects. “Saamy Square is a typical commercial movie, and I’ve donned the same role after 15 years.

I come in two looks, shedding and gaining weight. The movie has Hari brand Entertainment and good Performances by Keerthy and Aishwarya. This will be pacy than Saamy and this is neither Saamy nor Singam but a new experience. I was sad that Trisha could not join our team. 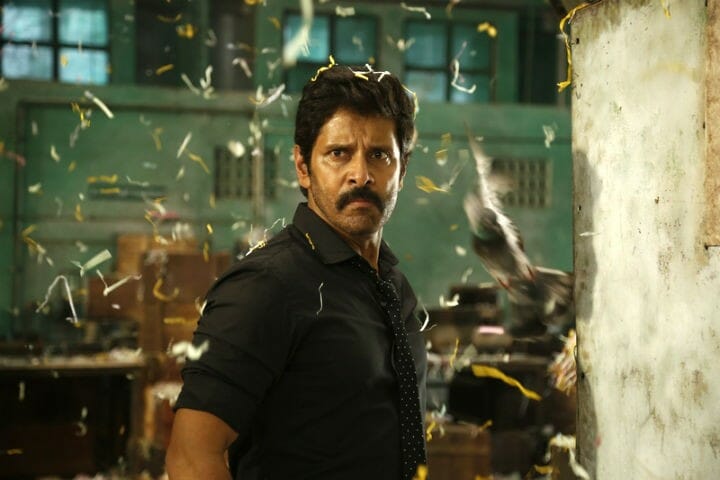 My next project is gonna be with Rajesh M Selva in Ulaga Nayagan Kamal Haasan’s production and this is my second work under his banner after dubbing for Kuruthipunal. Karnan will be a biggie which will be made on a huge budget and will release in 37 languages.

Dhruv doesn’t need to be a Vikram, and I want him to be a better actor than me. I wish to be a grandfather, but that’ll take time. Now I request my fans to go and enjoy Saamy Square on screens.

I am unsure about Dhruva Natchathiram release myself as it should be decided by the director and the producer. I have completed the shooting and the post-production works are also completed.” Said Chiyaan Vikram.