Kollywood comedian Vadivelu has acted in ‘Thalai Nagaram’ and ‘Marudha Malai’, which was directed by Suraj and he has presently directed ‘Kaththi Sandai‘ and presently in this movie after a long break Vadivelu has enacted and his comedy scenes have come amazingly, which was told by the movie director. 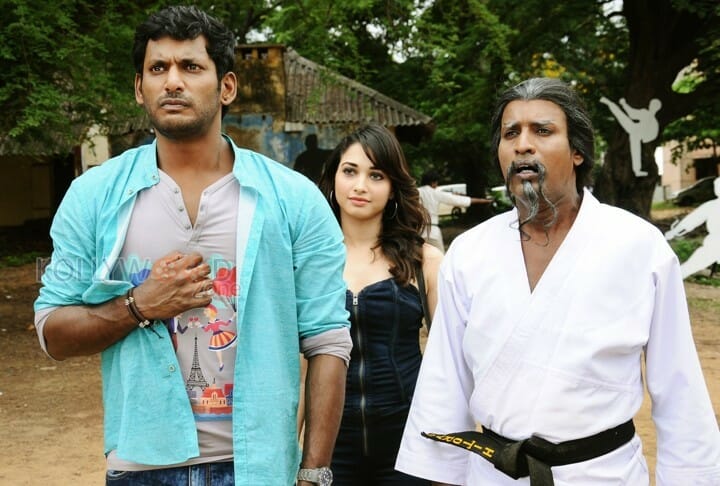 Along with Vishal, actress Tamannah has paired for the very first time and Vishal has taken special care for gaining good name and popularity in the movie. Even comedian Soori has also enacted in the movie, where Vadivelu and Soori have acted wonderfully and it is expected that Vadivelu will be again welcomed by Tamil people.

Soori has told that acting with Vadivelu was very thrilling and their combination has worked out very well in this movie. Presently the shooting work is completed and the dubbing work is going on and the movie will be released for coming Deepavali.