M.Muthiah is now a leading director as his earlier releases KuttiPuli and Komban tasted huge success. The director worked on a rural entertainer with Vishal in lead role and the movie was titled as Maruthu. Sri Divya essayed female lead role. Soori will handle comical portion. 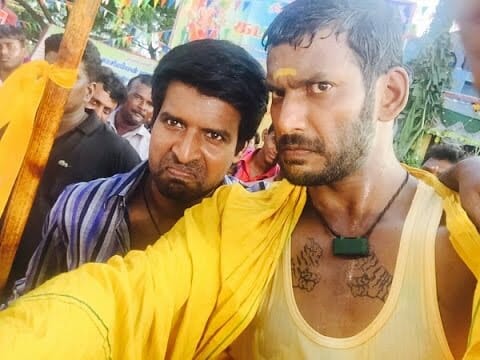 Vishal confirmed the news with a tweet. He tweeted, “It’s a wrap for #marudhu movie shoot in Rajapalayam xcept Fr a song. supa speed. Enjoyed every bit of my role n look. teaser and 1st look soon”