Trisha is acting in Kollywood and Tollywood movies and she is in the film industry for more than thirteen years. She hails from Chennai and she doesn’t speak Tamil more fluently as she studied in a convent. However Kamal Haasan made her sing a poem in his Manmadan Ambu. 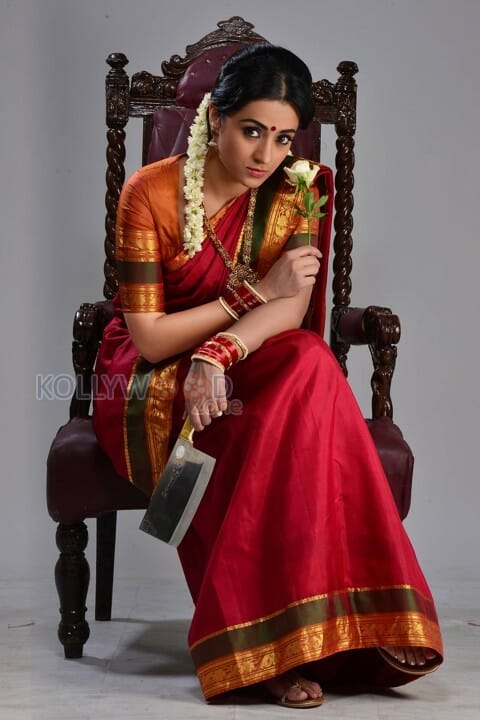 She didn’t sing, but just read the poem. Similarly, Trisha who acted in Thoongavanam was forced to dub in her own voice. That also happened under the compulsion of Kamal. Presently she is acting in Nayagi and now she has sung a song in her own voice under the music composition of Raghu.

Trisha’s former manager Giridhar produces and directs the project. It is made in Tamil and Telugu languages as a bi-lingual. Recently the movie’s motion poster was released. She has acted as 70’s type heroine in Nayagi. Now the big question is, whether she has sung a song in Nayagi or just read the lyrics like Manmathan Ambu?

Actor Vaibhav opens about his clash with Venkat...