Under the directorial of Siva, currently Ajith is acting in 57th movie along with Kajal Aggarwal and Akshara Hassan in leading roles. Presently the shooting was shot in Bulgaria and Vivek Oberoi has acted as a villain in the movie and Sathyajyothi Films Company has made the production. 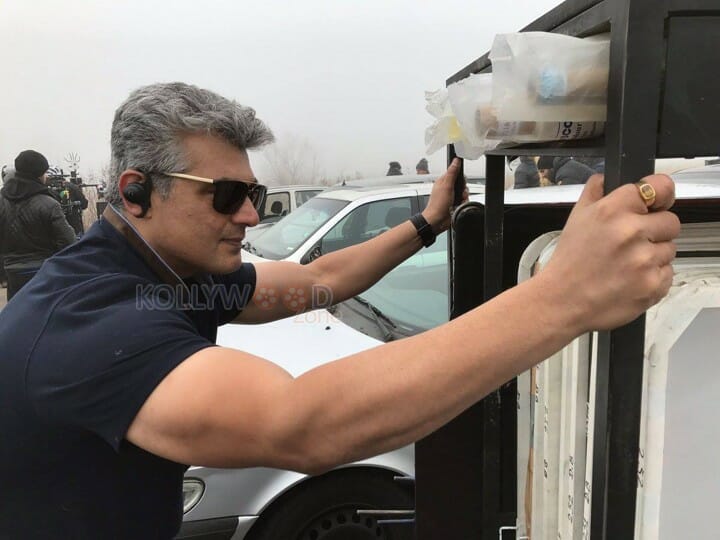 Recently Ajith’s two wheeler wheeling was shot and the photo was uploaded in the social websites. Ajith’s fans were excited on seeing their star hero’s stylish pose. Even Kajal Aggarwal has shared some photos of her in her Twitter Page. Meanwhile it was stated that the movie’s 80% of the work will be completed at Bulgaria and the balance 20% will be shot in Hyderabad Film City.

To celebrate Christmas with his family Ajith has returned to Chennai. It was also stated that the movie’s audio launch will be made in March and the movie will hit screens for Tamil New Year.

Chinmayi attacked; PA Ranjith comes in as a...