Sources from Kollywood have stated that on the occasion of Tamil superstar and heartthrob actor Suriya’s 42nd birthday, the makers of Suriya’s ongoing thriller, Thaana Serndha Koottam, unveiled the film’s first look poster on July 23rd. Currently the film’s first single will be out on July 27. 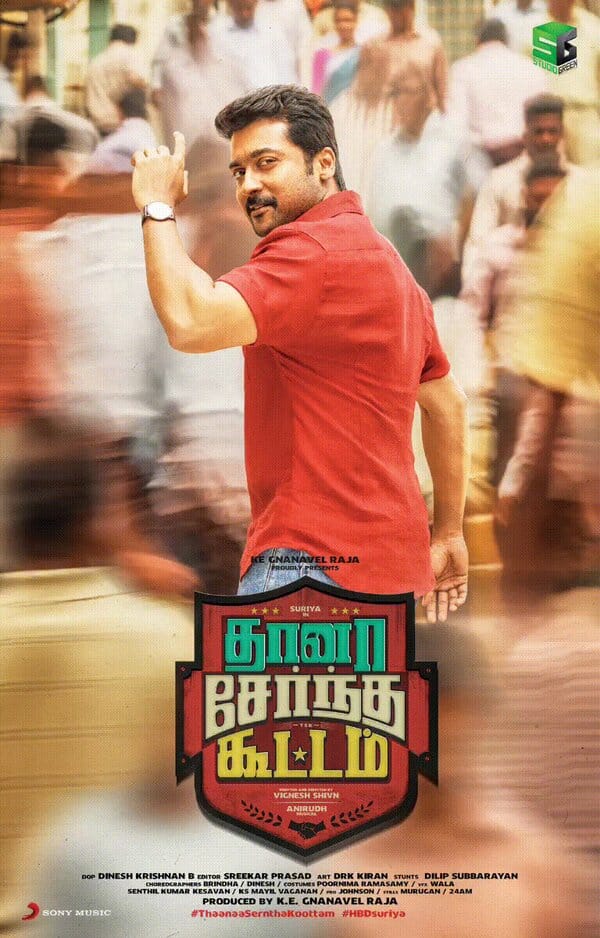 Sources have stated that it is been titled as Naana Thaana Veena Ponaa, and the single has been composed by young music composer Anirudh Ravichander. The first look poster is copied from the Hollywood movie ‘Leaves from the Green’ featuring Edward Norton in the lead role.

Kollywood’s growing young beauty Keerthy Suresh is the film’s leading lady. Suriya and his cousin Studio Green’s Gnanavel Raja are jointly producing the movie. Kollywood industry’s leading comedian Senthil is also playing in the movie. Suriya’s fans are eagerly waiting for your response of the movie as early as possible.