Earlier Manobala has bankrolled for Sadhuranga Vettai movie and it featured Natti and Ishara in lead roles. The movie was a successful venture. H. Vinoth has directed the movie. Currently, Manobala is producing the movie’s sequel. 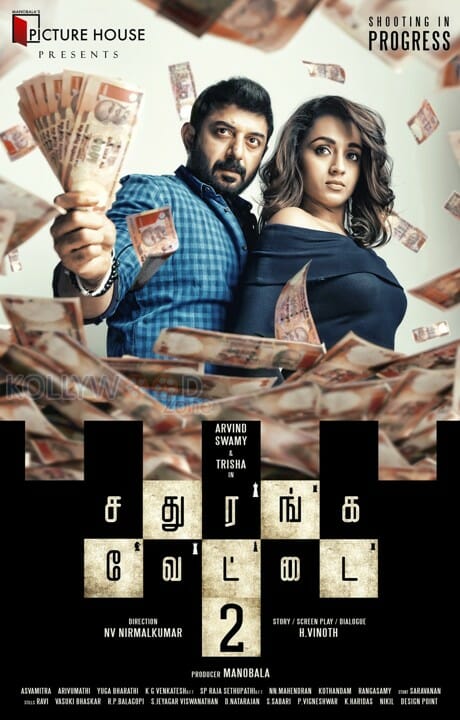 In the movie’s second part Aravind Swami and Trisha are acting in lead roles. H. Vinoth who has previously directed the first part is writing the story, screenplay, and dialogues. Vinoth’s assistant NV Nirmal Kumar is directing the movie. Ashwamitra is composing the music and the cinematography work is looked after by Venkatesh.

The movie’s story is all about how married couples Aravind Swami and Trisha are cheating and deceiving . The movie’s first look was released and it showed the Indian government’s recently banned 500 and 1000 rupee notes are thrown everywhere, which symbolizes the latest trending news.