The second directorial venture of prodigy film maker Karthick Naren titled as Naragasuran starring Arvind Swami, Sundeep Kishan, and Shriya Saran could not see the day light still due to some financial restrains between him and producer Gautham Vasudev Menon. The promising young talent showed a glimpse of what he is capable of in his very first directorial venture Dhuruvangal Pathinaaru. Though it is unfortunate to face huddles in just his second film, the talented and confident young man has moved on to his third project titled as Mafia. 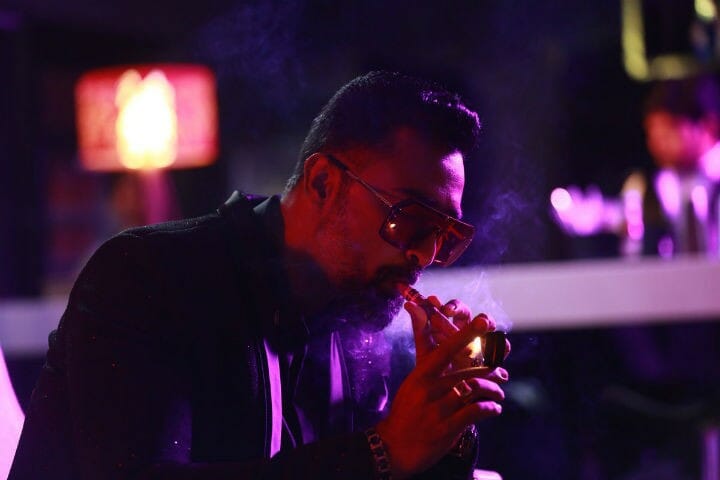 The flick went on floors earlier this month with a formal pooja in Chennai. Right after actor Arun Vijay wrapped up the first schedule shoot of Boxer without any break he began shooting for the action drama. We had earlier reported that actor Prasanna is also set to play a pivotal role in the film. Now, the production house has revealed the name as well as the look of the character that actor Prasanna will be essaying in the flick on social media. Taking to their official twitter account, Lyca Productions has share a picture of the actor along with the character name, ‘DK – The Antagonist.’ In the picture actor Prasanna is seen lighting his cigar with the background being in the out of focus mode. The Anjaathey villain looks style and callous in the poster which has turned viral now. Actor Prasanna was seen in grey shades previously in couple of flicks but none of them had the actor in a style look as he looks in the picture.

Speaking to a popular news daily director Karthick Naren said that his movie Mafia will be a modern gangster saga with actor Arun Vijay in a slight makeover. Recently, the first look poster of the flick was unveiled on the social media by actor Arun Vijay in which he was seen sporting three different classy getups.

Actor Arun Vijay is currently basking on the success of his crime thriller flick Thadam directed by Magizh Thirumeni. Karthick Naren’s success of Dhuruvangal Pathinaaru turned many head in K town. So the expectation level for the project has sky rocked with the first look adding to it. The crime thriller is bankrolled by the production giants Lyca Productions. Actress Priya Bhavani Shankar will be seen in a crucial role which was earlier expected to be played by Nivetha Pethuraj.

On the work front, actor Arun Vijay who is currently shooting for the intense action entertainer Mafia will soon begin shooting for the second schedule of Boxer directed by Vivek in which Ritika Singh of Iruthi Suttru fame plays the female lead role while Sanjjana Galrani is set to play a pivotal role. Apart from these projects the actor has a multi starrer project titled Agni Siragugal under the directorial of Naveen of Moodar Koodam fame in which he will be sharing the screen space with musician turned actor Vijay Antony.

On the other hand, actor Prasanna has just made his digital space debut through Thiravam which has managed to garner decent reviews from the critics. The actor is currently shooting simultaneously for the sequel of Thupparivalan as well as for Mafia.

Shooting For Arun Matheswaran’s Captain Miller To Happen In This...