Malavika Mohanan who is familiar among the Tamil audience for her role as Poongodi in Petta has gone bold by posting extremely steamy photos on her Instagram account. The young actress who is quite popular for her performances in the films like The Great Father and Beyond the Clouds will join the list of actresses acted in all South Indian languages with her debut in Tollywood this year through her film Hero. In contrary to her subtle and next door girl look in all her films so far, the actress has made quite a splash on her Instagram account with some glamorous and drool worthy pictures. Malavika Mohanan explicitly showcases the other side of the actor in her in these pictures and needless to say she is damn hot. 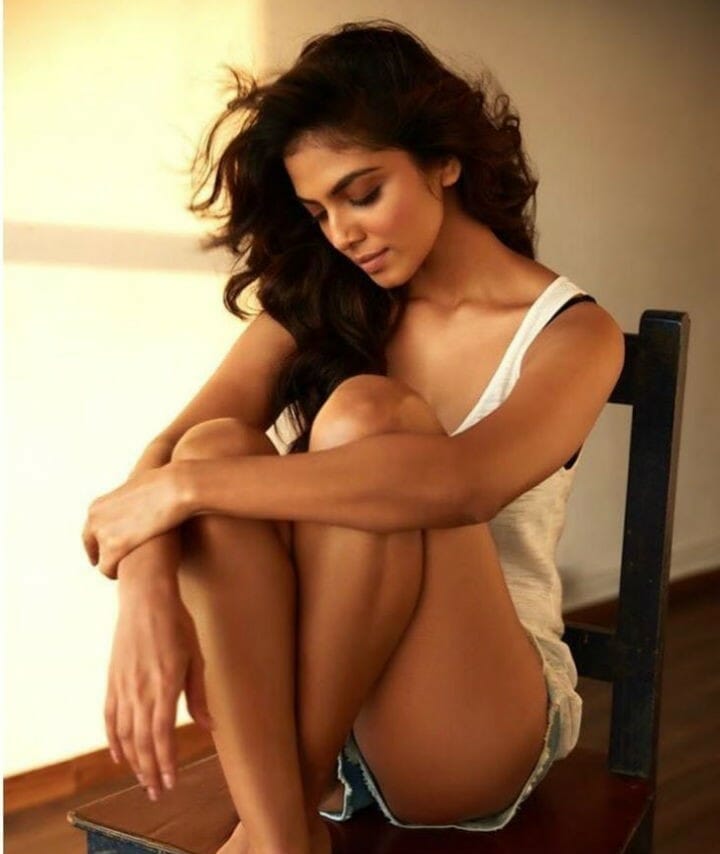 Recently, the actress did a photo shoot and the pictures of the shoot are viral in the internet now. The actress herself took to her Instagram account and shared a picture from the shoot in which she is seen sitting on a stool with her white tank top and blue shorts. She posted the picture with the caption, ‘I woke up like this, just kidding, took 2 hours of makeup to finally get this.’ She also mentioned the courtesy of the artists who worked on her for the shoot. The picture attracted the attention of many on the social platform, out of which many expressed their disappointments over the action of the actress as they felt that she is exposing too much.

In response to all the comments that her first picture received, the actress went on to post another picture of herself which was way hotter from the first one with adding, ‘So many comments and opinions about how “a respectable girl should dress”. On that note, here, take one more picture of me sitting very respectably wearing wherever the hell I want to wear.’ Though the reckless action of the actress is being condemned by many people, the fans of the actress have showered a lot of support to the actress.

Experts in the industry states this action as one of the best shortcuts currently followed not only by actresses but also by many attractive women in the world to get a good amount of followers to their social media account. Another stunt quite popular like this one is, either the actress gets in to some kind of brawl with an average IQ being who comments some things offensive under a hot picture of the actress which eventually makes it to the news and gets the actress the short term publicity that they desire.

On the work front, the actress is currently busy shooting for her Telugu film Hero in which she is set to romance the dashing Arjun Reddy fame actor Vijay Deverakonda.