Amidst a huge drama Vishal’s Ayogya hit the screens as a delayed release on 11th of this month. The film has acquired mixed reviews among the audience while majority of the critics hammered the film. The film is directed by Venkat Mohan and stars Vishal, Raashi Khanna, Parthiban, K. S. Ravikumar and Radha Ravi in various roles. Except for the climax of Ayogya it is the xerox copy of the Telugu super hit film Temper starring junior NTR in the lead role. Now actor and director Parthiban who has played the antagonist role in the film has claimed that the director of the film Venkat Mohan has made him act in the remake of his own film Ulley Veliye without paying any rights to him. 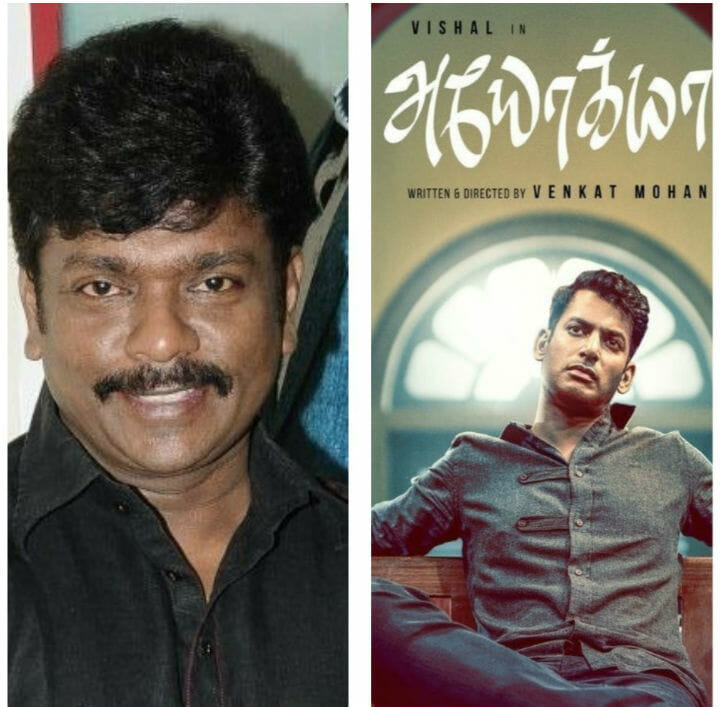 After the first two days of the release of Ayogya many in the industry began to state that the film is very much similar to Ulley Veliye that hit the screens in the year 1993 under the directorial of Parthiban. Now the actor and director Parthiban himself has reacted to this news.

Taking to his twitter account the multi face artist wrote, ‘The team of Temper has remade my film Ulley Veliye by copying it in and out without getting any rights from me and the Tamil production team has acquired the rights of Telugu version of the film and casted me in the remake of my own film without any guilt.’ The actor also further stated that he is not going to take any legal action against them but instead he feels proud of the fact that his film has been remade in to multiple languages. It is also worth mentioning that Ulley Veliye was remade in to Hindi as Mr. Azaad starring Anil Kapoor and Chandni in the lead roles.

Though the actor is quite popular for his sarcasm in the industry, the recent chain of events between the actors Vishal and Parthiban gives rise to various questions on his comment about the film. Earlier in the year, director Parthiban who was added directly in to the council member team of Tamil Nadu film production association without any elections, resigned recently stating that he was mistreated by actors Ramana and Nandha, who are known to be the closest friends of actor Vishal. However, the actor said that he has nothing against Vishal. Now, though the actor has stated that he is not going to press any legal charges against the films, whether this comment comes under his usual sarcastic tone or as a way to damage the image of Vishal remains as a huge question.