During 2003 released Malayalam movie Manasikare and thereafter through Ayya movie she made her debut in Kollywood industry and after that movie she had a chance to act with super star Rajini in Chandramukhi and her popularity rose after acting in the movie. From that time her fame and popularity is stable and has captured hearts of many by her outstanding performance and style.

Meanwhile it was stated that her recent movie Kashmora was her 54th movie and her 55th is directed by Minjur Gopi and in the movie Nayanthara has acted as a district collector and her role is highlighted in the movie.

The movie’s title and first look was released yesterday night and the director has released on account of her birthday which is celebrated today (November 18). Her fans are anticipating the release of the movie at the earliest. 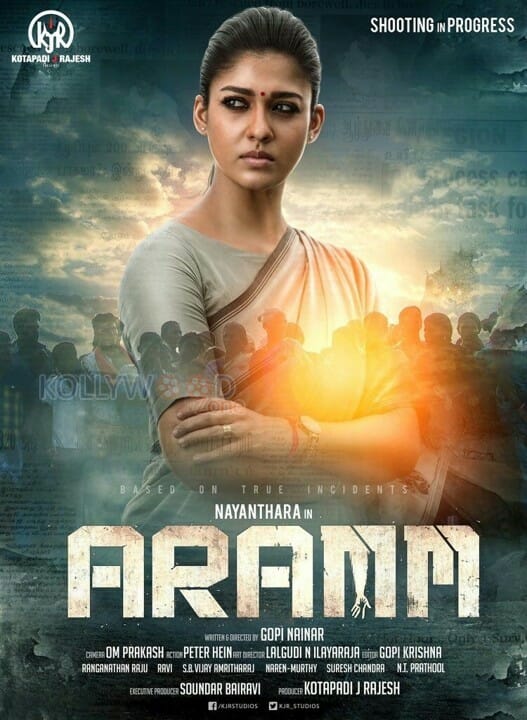