Actress Manjima Mohan ventured into the tinsel town through Mollywood back in the year 1997 as a child artist in the drama Kaliyoonjal. After a handful of films as a child artist, she made her debut as a lead heroine in the blockbuster Malayalam flick Oru Vadakkan Selfie alongside actor Nivin Pauly. The success of the movie put her in the attention of film maker Gautham Vasudev Menon who brought her to Tamil cinema and cast her as his lead heroine in the romantic thriller drama Acham Enbathu Madamaiyada against actor Silambarasan. Unfortunately, the project did not do well at the box office. But despite that the actress got the attention of the young crowd in the state which brought a chunk of entertainers her way in quick succession. Of late, in absence of projects the actress has put on some weight. She has been subjected to body shaming for putting on weight. The actress has opened up about her experience with body shaming on her official Instagram account. 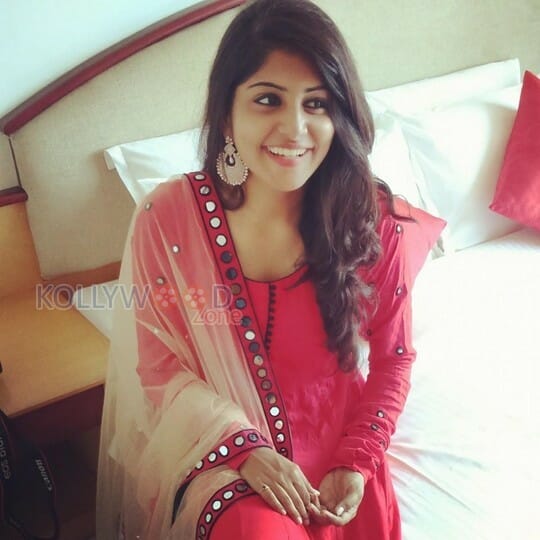 Recently, actress Vidya Balan in an interview, had opened up about being called Moti. Actress Manjima Mohan has now shared the video with a long note asking people to quit body shaming others. “At the end of the day we all want to look and feel healthy. But it’s not the same process for everyone. For some it’s natural, but for others, it’ll be difficult due to other issues… stop body shaming. By body shaming someone they are not going to lose any weight. You will break their confidence! And to those who face it on a day-to-day basis, embrace all that is you and stay healthy.” Adding further, she wrote, “Sharing some of the comments that I got in recent times. P. S. I won’t be revealing the Instagram names of them cos unlike them I am not here to bully anyone.”

The Ippadai Vellum actress shared some comments, “seriously you need to lose some weight,” “overweight paavam andha paiyyan,” “gundamma chechi.” The actress ended her note by saying, “I am not someone who will pinpoint people and talk about their body or color or their upbringing. I don’t think I should either. Respect people for who they are. If you like them, appreciate them and if you don’t, ignore. Bullying is wrong. Live and let live.” The fans of the actress are expressing their support for her and are showering their appreciation for speaking her heart out.

On the work front, actress Manjima Mohan who was last seen in Tamil in FIR is gearing up for the release of her next Malayalam flick christened Zam Zam in which she will be sharing the screen space with actress Shibani Dandekar. The actress is currently busy shooting for her next Tamil Telugu bilingual project titled October 31st Ladies Night under the direction of storyteller A. L. Vijay in which she will be seen alongside actresses Nivetha Pethuraj, and Megha Akash.

Saani Kaayidham Trailer: Selvaraghavan And Keerthy Suresh Compete Against Each Other In Performing!