Home Kollywood News First Part Of Vetrimaaran’s Viduthalai To Release In This Month!

Auteur Vetrimaaran, who, in a way, has transformed Tamil cinema with his works has earned a large fan following which is a rarity in an industry where all the attention falls on the lead artists. His films engender high anticipation from the moment they are officially announced. The filmmaker is currently simultaneously working on two of the most awaited dramas Vaadivasal with actor Suriya in the lead, and Viduthalai with actor Soori in the lead. Viduthalai has been the talk of the town ever since it got announced with actor Soori as the lead. Actor Vijay Sethupathi will be seen in a crucial role in the entertainer. The flick is based on a short story written by popular writer B. Jeyamohan. This has further amplified the expectations on the project. The shooting for Viduthalai was recently wrapped with its final schedule in Kodaikanal. Now, we have an update on the venture. 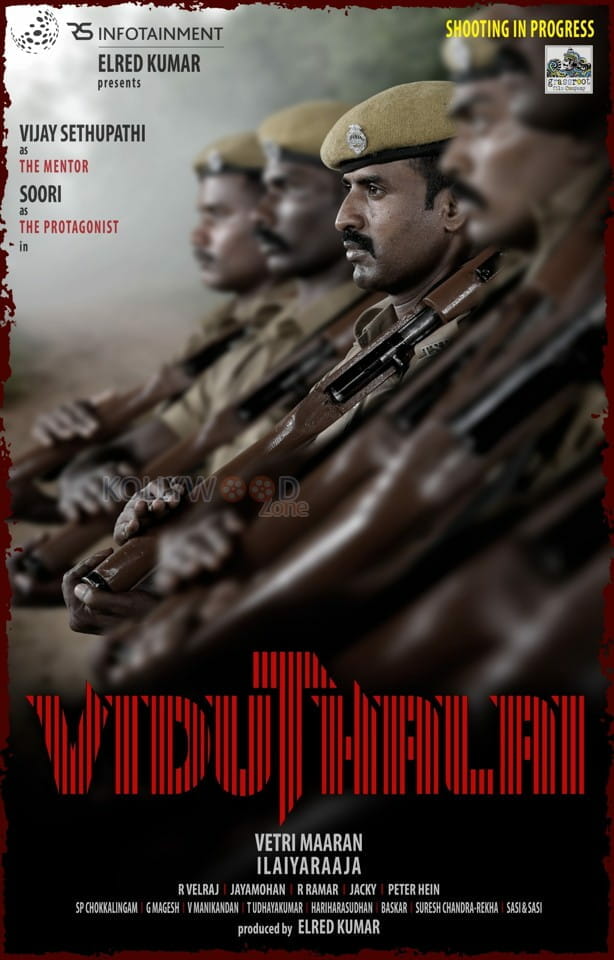 The post production works of Viduthalai are underway in full swing. The production house had earlier announced that the entertainer will be released in two parts. Now, there is news that the production house is pushing to finish the post production works for the first part by the end of October. As they have plans to bring the movie to the theaters in the month of November. An official announcement along with the release date is expected to be made soon. This update is sure to get the fans of the director excited.

Actor Soori underwent a massive physical transformation for his part in Viduthalai. His evolution from starting out as a comedian to becoming a lead hero has received boundless support, and has inspired many. The actor will be essaying the role of a police constable in the movie, while actor Vijay Sethupathi will portray the role of a teacher. Apart from actors Soori and Vijay Sethupathi, the casting of the drama has actors Gautham Vasudev Menon, Bhavani Sre, Prakash Raj, Rajiv Menon, and Chetan portraying various other supporting parts. The music for the entertainer is composed by music director Ilaiyaraaja. The cinematography department of the movie was handled by cinematographer R. Velraj. The editing division of the project is handed over to editor N. B. Srikanth. The venture is produced by Elred Kumar for the production house RS Infotainment. Udhayanidhi Stalin of Red Giant Movies has purchased the theatrical rights of the flick in Tamil Nadu.

On the work front, actor Soori who was last seen on screens in the action drama Viruman will soon begin to shoot for an untitled web series which is set to be directed by Vikram Sugumaran. He is set to play the lead role in the series. On the work front, actor Vijay Sethupathi who was last seen on screens in Tamil in Maamanithan is currently busy shooting for his upcoming Hindi ventures christened Jawan directed by storyteller Atlee in which he will be seen alongside actors Shah Rukh Khan and Nayanthara, for Mumbaikar helmed by director Santhosh Sivan in which he will be sharing the screen space with actor Vikrant Massey, and for Gandhi Talks under the direction of film maker Kishor Pandurang Belekar, and Merry Christmas.