Arulnidhi made his debut in Kollywood with the film ‘Vamsam’ and with movies like ‘Mounaguru’ and ‘DeMonte Colony’ he shaped his acting career into a successful one. He was last seen in the screen with his crime thriller movie ‘Iravukku Aayiram Kangal’.

Currently, Arulnidhi is acting in a film titled ‘K-13’ opposite to Shraddha Srinath of ‘Vikram Vedha’ fame. The film is written and directed by debutante director Barath Neelakantan and is produced by Santha Priya and SP Shankar under the banner SP Cinemas. The title and first look poster were recently released by the filmmakers. In the poster, we can find Arulnidhi tied up in a chair in a mysterious house. 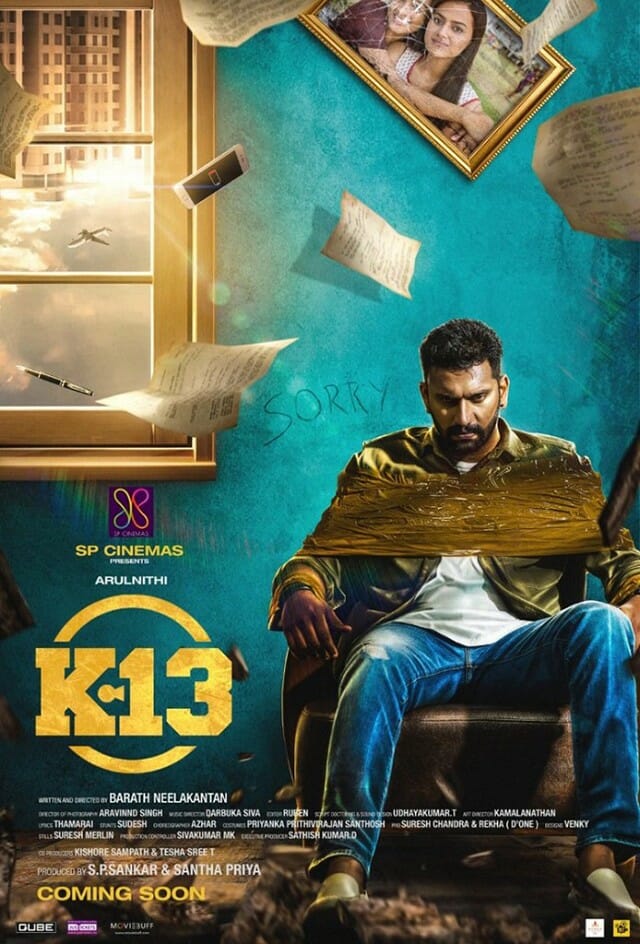 ‘K-13’ is a complete psychological thriller film, with an unpredictable screenplay. Arulnidhi and Shraddha Srinath plays the roles of artists and the movie is regarded as a tribute to all artists. The film deals with the suffering of artists, their obsession for art and so on. The flick also has Madhumitha, Yogi Babu, and Rishikanth, who has acted in several short films and a couple of good cameo roles.

Aravind Singh is the cinematographer and Darbuka Siva composes the background score and the songs for the film. The editing for the movie is done by Ruben.