Unnodu Kaa movie was written and produced by Theatre owner Abhirami Ramanathan. R.K who is a debutante has directed the project. Aari and Maya are doing the lead roles. Prabhu, Oorvasi, Mansoor Ali Khan, and Subbu Panju are part of the supporting cast. 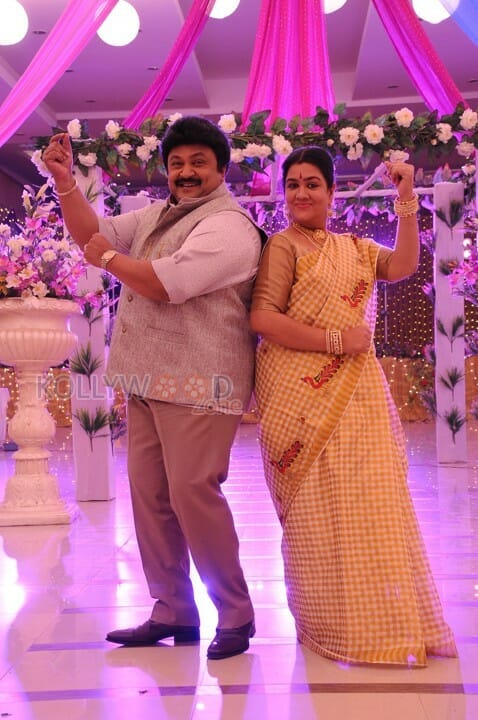 Sathya composes music and Sakthi Saravanan handles cinematography. A rough and tough village father becomes a calm and cool father for his son’s love with a city girl. Prabhu has essayed father’s role. Prabhu has done dual role in this movie and sources confirmed that it is a full fledged comedy movie.

Actress Oorvasi has paired with Prabhu and it is a family entertainer. Actor Prabhu during an interview said that his long time dream fulfilled for doing dual roles in a complete comedy movie. He said this movie will be in lines of ‘Chinna Maapla’ which he had did few years back.