Presently actress Nayanthara and Trisha are having tough competition in choosing roles for their movies. There is also competition between them as who is earning more salary. Both the actresses after love failure have made entry into film industry and are highly successful presently. 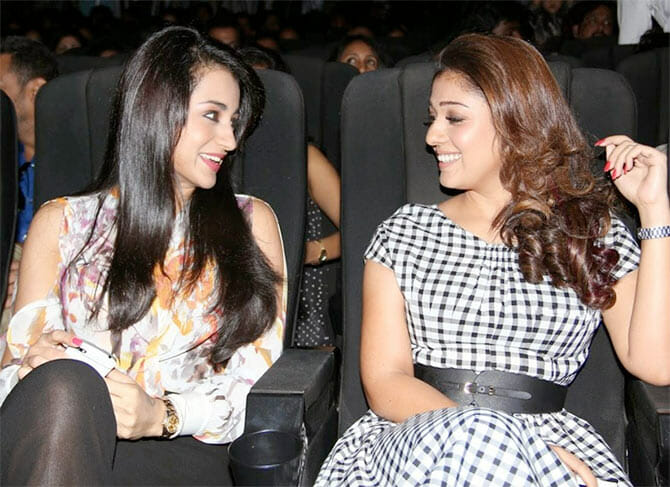 Both are choosing characters based on heroine oriented stories and earlier they were used most commonly for only duet songs. Presently both are careful in choosing their roles and so they are in lead position even after 13 years of existence in the industry.