It is a well known news that the ace director Mani Ratnam is currently bankrolling a project titled as Vaanam Kottatum under his home banner Madras Talkies which is directed by his long time associate Dhana Sekharan who had previously helmed Padaiveeran starring Vijay Yesudas. The auteur director has co written the script of the life drama with Dhana Sekharan. Recently the director paid a visit to the sets of the film along with his wife Suhasini and the couple had a nice catch up session with Radhikaa and Sarath Kumar. Now Dhana Sekharan the story teller of the flick has recently opened up about the project to a leading daily. 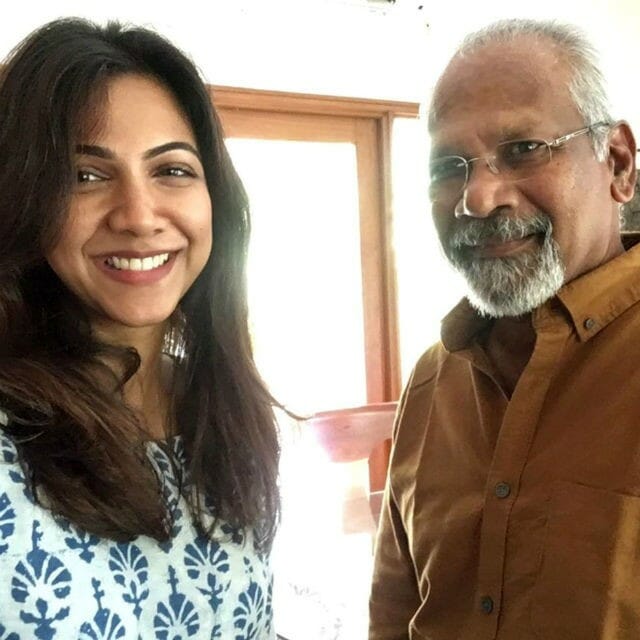 Speaking about the film, the story teller states, “ The title of the flick was chosen by Mani sir himself. The title was first considered for Ok Kanmani and then for Kaatru Veliyidai but we felt it was apt for this movie. Vaanam Kottatum will be a complete family drama with all necessary commercial elements in it. There are three romantic tracks in the film where Actress Aishwarya Rajesh plays the lead for Shanthnu, Madonna Sebastian plays the love interest of Vikram Prabhu and of course Radikaa ma’am and Sarath Kumar sir who are sharing the screen space together after 20 long years.”

Speaking about her role in the entertainer actress Radhikaa states, “I am sharing the screen space with Sarath after almost 20 year and it is a challenging role. We both play the parents of Vikram Prabhu and Aishwarya Rajesh. Our characters have a lot of depth and have much more than just being parents. It is about how the pair manages to undergo a difficult phase of life together. Every character in the film has a message to deliver.” Opening up about her role in the film, actress Aishwarya Rajesh states, “My character is more sort of a rebellious girl who does not heed to anyone and leads life on her own terms. She is frank and does not hesitate to roam around with boys; on the whole it will be a fun loving character. Vikram Prabhu will be seen as my brother and he has a contrasting role in the flick.”

The unit has nearly completed 80 percent of the shoot and they will be heading next to Tirunelveli and Courtrallam to shoot the drama. Director Balaji Shaktivel and Nandha have also essayed pivotal roles in the venture. Vibrant singer Sid Sriram will be debuting as a music director in the movie. The cinematography department of the venture has been handed over to Preetha Jayaraman of Abhiyum Naanum fame. The entertainer is expected to hit the screens by the end of the year. We will have to wait to see whether Dhana Sekharan manages to create the magic that auteur Mani Ratnam creates in all of his movies.