Home Kollywood Celebrity News Santhanam to play triple role in his next project!

Actor Santhanam opened this year on a positive note with his horror comedy thriller Dhilluku Dhuddu 2 which hit the theaters under the directorial of story teller Rambhala in which the actor had shared the screen space with actress Shritha Sivadas. Though the project did a good share of commercial business, it is said that it was not equal to the business that the prequel did. The actor has not delivered a solid hit under his name for a long time now. So it seems like the actor has decided to experiment few things to get to the solid profitable zone. The update that we have on his next project says so. 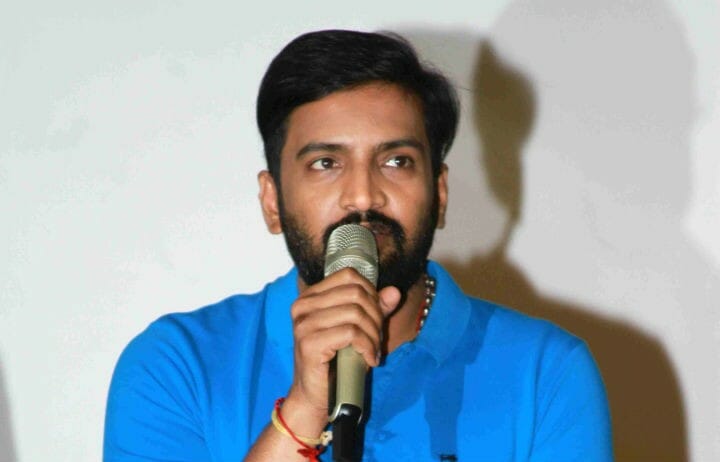 The actor who has been busy shooting for various ventures has inked his signature for his next project which is said to be a science fiction genre. The interesting information is that the actor is said to don three different characters in the film. Debutant story teller Karthik Yogi who had penned the dialogues of Maangaram and worked as an associate director in flicks like Sawaari and balloon is set to directed the science fiction entertainer. The yet to be titled movie is set to be bankrolled by K. Sinish under the banner KJR Studios. The title of the venture is set to be announced on 5th of September. The rest of the cast and crew that will be part of the drama are expected to be announced soon.

Speaking to a leading daily about the project, the film maker states, “After writing the script I realized that the script demanded a person who could fit in to the shoes of a hero, do comedy with ease, romance and yet have some innocence. The first person that came to my mind was actor Santhanam and I felt that he would be perfect to play the role. When I approached him with the script he just asked me to narrate the one liner of the story. When I narrated it to him he was very much impressed and immediately agreed to star in the flick. The entertainer will be a science fiction with high quotient of comedy and action.”

Though the director was careful not to reveal too much about the character of Santhanam, he stated, “Right now all I can say is Santhanam will be the hero, villain as well as the comedian in the movie. Their stories will takes place in different time phase. If everything goes as planned the entertainer will go on floors in the month of November. We have plans to shoot the drama in and around Chennai,” concluded the director.

On the professional front, the actor who is gearing up for the release of his long delayed comedy movie Server Sundaram directed by Anand Balki is currently busy shooting for an untitled drama under the direction of Kannan of Ivan Thanthiran fame. Apart from this project the actor has Dagaalty which is set to be directed by Vijay Anand, in which he will be seen alongside comedian Yogi babu.