Kumari Muthu is a famous Indian comedy actor who works exclusively in Kollywood movies. He started his career as a drama artist and soon he forayed into Kollywood. He has worked with MGR, Rajini, Ajith and even current generation actors. He has worked for four generations. 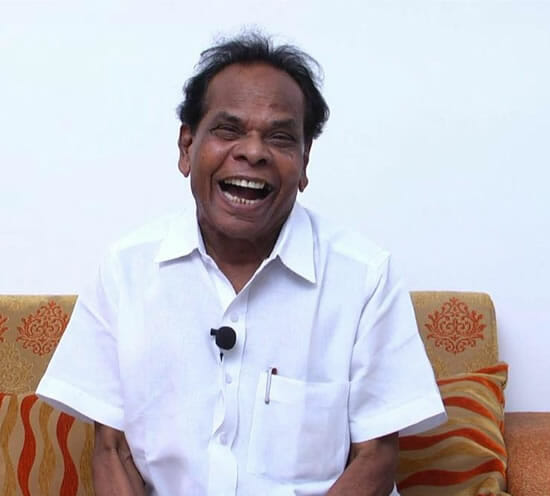 He is known for his trademark laughter. However as he poked his nose into politics, he stayed away from movies recent times. Recently he campaigned for Vishal’s team in Nadigar sangam elections. The actor was admitted in hospital due to old age ailments and breathing troubles.

Despite treatment, he took his last breath today morning. His body will be kept at his residence for final respects. On behalf of our team, we pray for his soul to Rest in Peace.

It Is A Wrap For Hansika Motwani’s Web...