Actor Arun Vijay who is currently basking on the success of his crime thriller flick Thadam directed by Magizh Thirumeni will be back on screens with his next titled as Mafia which is directed by young and talented film maker Karthick Naren of Dhuruvangal Pathinaru fame. The crime thriller is bankrolled by the production giants Lyca Productions. Actress Priya Bhavani Shankar will play the love interest of actor Arun Vijay while actor Prasanna will be seen as a stylish antagonist in the flick with the name DK. The project went on floors recently and is rolling at a great pace. Now we have reports coming in that the production unit has planned to release the venture in the month of December this year. 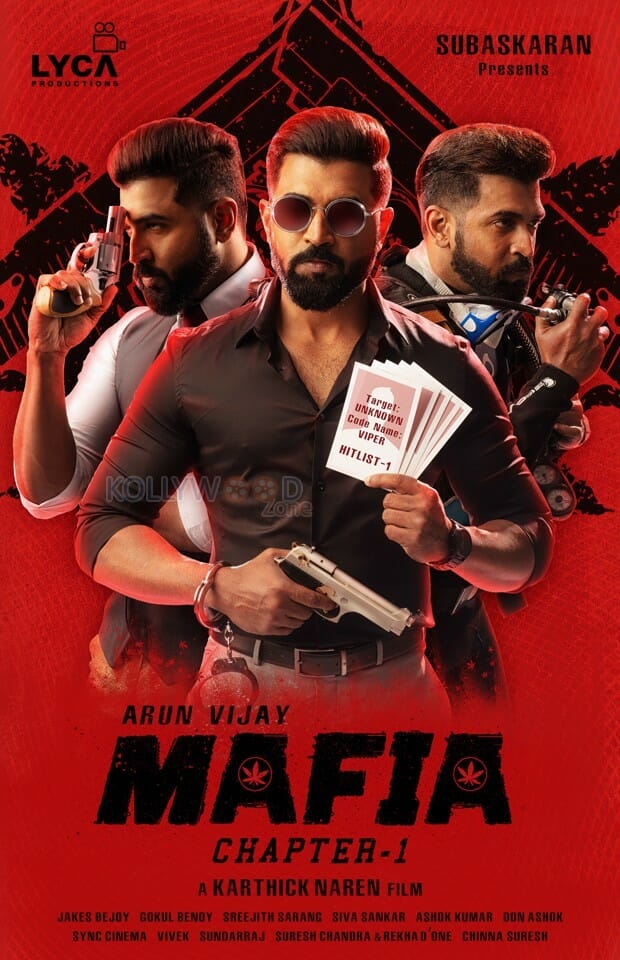 According to a source close to the production unit, “The shooting of Mafia is happening in full swing. Though the shooting has just commenced, it is being shot in a fast pace and we have planned to wrap up the shoot by the end of October. The production unit has plans to release the flick on 20th of December but we are waiting on an official confirmation regarding the release date. If everything goes well we will be able to release the crime drama on that date.” If the reports are to be believed the movie will be hitting the screens on vacations which increases the probability of the flick to do well in the box office. Not just that if the drama hits the theaters on 20th of December it will be going up against actor Sivakarthikeyan’s Hero as the makers of the film had recently announced that their entertainer will be hitting the screens on the same date. Will both the actors like the clash or is it a profitable idea? Guess we will have to wait and watch for the further developments regarding the release of the ventures.

Recently speaking to a leading news daily director Karthick Naren said that his movie Mafia will be a modern gangster saga with actor Arun Vijay in a slight makeover but he revealed that the actor is not playing the gangster role in the movie. Recently, the first look poster of the flick was unveiled on social media by actor Arun Vijay in which he was seen sporting three different classy getups.

On the other hand, producer Kotapadi K Rajesh who is bankrolling Sivakarthikeyan’s Hero recently spoke about the film, “I was very much impressed by P. S. Mithran’s Irumbu Thirai that I immediately wanted him to do a film for my banner. I was expecting for him to come up with a script similar to that of Irumbu Thirai but to my surprise the story is totally different from his previous drama. This film is produced in a grandeur scale and to have iconic stars like action king Arjun and Abhay Deol on board is such a plus for us as a unit. Hero will be a perfect treat to the audience which will be making its way to the theaters on 20th of December just before Christmas holidays.

Sasi Kumar’s Ayothi Trailer: Promises To Be An...